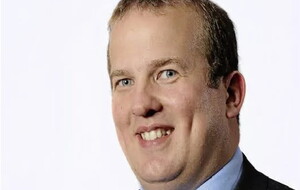 Unionists have been forced into an embarrassing climbdown after falsely claiming an underage GAA tournament in Co Tyrone was named after an IRA hunger striker.

The Francie Hughes memorial Tournament, which is for children aged under seven and a half, is due to take place in Coalisland later this month.

Mr Hughes, whose daughter Niamh plays with the Tyrone ladies GAA team, shares a name with 1981 hunger striker Francis Hughes, who was from Bellaghy in Co Derry.

Mr Cuthbertson posted on Facebook about the upcoming tournament, which will involve clubs from Tyrone and Armagh.

"Disappointing, but unfortunately no longer surprising, that the GAA continues to idolise convicted terrorists," he wrote.

"This would be unacceptable in any other part of the world.

"I would ask Parents to think twice before allowing your children to support such events."

Mr Cuthbertson added it was "disappointing to see a local business sponsoring it" and suggested that by their silence that Ulster GAA and elected representatives "are in support of this blatant glorification of terrorism".

In a statement UUP councillor Mark Glasgow said he condemned "this hurtful act of naming a sporting event after a convicted IRA terrorist".

The UUP later recalled the statement claiming it was "issued in error".

""He would probably owe the family of Francie Hughes an apology. He would need to get his facts right before spouting off on Facebook," he said.

"Francie Hughes, who we named the tournament after, was a stalwart member of our club over many years," he said.

"I think Clement Cuthbertson owes them a heartfelt apology publicly and privately."

Sinn Féin assembly member Linda Dillon said Mr Cuthbertson's comments were "hurtful and were wrong and totally out of context".

Asked if he would be willing to apologise, Mr Cuthberston told the Irish News: "I'll check to see to see, I'll check it and if it's wrong I'll take it down".

Pressed on whether he would apologise he said, "we'll need to see what happens first".