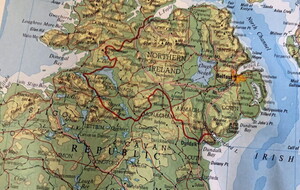 THE BRITISH government is thwarting the north's potential to exploit trading difficulties in the Republic created by Brexit, according to Alliance's deputy leader.

Stephen Farry was speaking after data published on Monday showed increased regulatory burdens due to Brexit had impacted on more than half of businesses in the south.

He said the situation was a "potential opportunity" for Northern Ireland to develop further as a regional and island-wide distribution hub.

The Central Statistics Office (CSO) figures show that additional regulatory burdens due to Britain leaving the EU had hit 54 per cent of businesses in the Republic.

The protocol gives businesses in the north access to the EU single market as well as the UK single market, however, contentious legislation that seeks to disapply elements of the post-Brexit trading arrangements could see the north lose its unique position, which often characterised as 'the best of both worlds'.

Mr Farry said the official statistics illustrated that the "nonsense of Brexit brings wide-ranging consequences", including for large aspects of the supply chain into the Republic.

"While the Irish economy has become much more exported-oriented in recent years, supply chains and logistics have reflected the geographical proximity and scale of the UK," he said.

"Importing companies in RoI have not had access to the support offered to NI based companies sourcing from GB."

But the North Down MP said difficulties for firms in the south presented an opportunity for the the north to "develop further as as a distribution hub for both this region and the rest of the island".

"Such an opportunity would arise from the unfettered dual market access under the protocol," he said.

"This opportunity should be marketed – but instead the UK government seem intent in shutting it down."