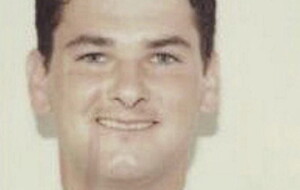 POLICE investigating the suspected murder of a missing man have carried several searches in Co Tyrone.

Damien Heagney was last seen in the Dromore area of Co Tyrone on December 31.

Police last night revealed that the 47-year-old was reported missing on July 19 - almost seven months after the last reported sighting of him.

It emerged last night that officers investigating the disappearance have carried out a search of a property in Dromore.

A spokeswoman for the PSNI last night said: "As part of this ongoing investigation, three properties have been searched, two in the Cookstown area and one in the Dromore area."

"A number of items have been taken away for further examination."

A 50-year-old man was arrested on suspicion of murder after a property was searched in the Cookstown area on Saturday.

He was later released on bail pending further enquiries.

A familiar figure in the Cookstown area, Mr Heagney is understood to originally be from Dunamore, which is outside the town.

He is the third man from the Cookstown area to have vanished without a trace.

In 2001 Daron McReynolds went missing and has not been seen since.

Originally from Coagh in Co Tyrone, he is believed to have been involved in the cigarette smuggling and the drugs trade and had international links.

In 2006 police said they were launching a murder investigation and questioned two men.

A search of Creggan Bog, between Cookstown and Omagh, also failed to locate the missing man's remains.

In 2007 Gerard Conway also went missing from the Cookstown area and police later launched a murder probe "as a result of information received".

In 2017 it was reported that police were to carry out a search in Moortown in Co Tyrone for the remains of Mr Conway and Mr McReynolds after a tip off but nothing was found.

Police have said they are not linking the disappearance of the men.

A spokeswoman last night added that at this stage police are not linking the Heagney investigation "with any other incident".