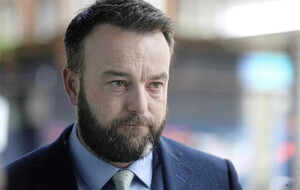 THERE'S a growing expectation of a breakthrough in plans to help households cope with rising energy costs this autumn.

It has been that feared hard-pressed families will be excluded from the British government's Energy Bill Support Scheme due to the DUP's ongoing refusal to nominate a first minister and restore the institutions.

The scheme that will see households receive £400 to help with rising fuel bills is expected to be rolled out at the beginning of October.

The Treasury has previously signalled its commitment to delivering the scheme to households in the north in the absence of a Stormont executive.

It is believed an announcement on the payments could come as early as tomorrow.

News of the potential breakthrough came as SDLP leader Colum Eastwood joined the growing chorus for Westminster to be recalled to address the cost of living crisis.

The Foyle MP yesterday called for direct intervention from London to address soaring costs following the latest failure to re-establish the Stormont executive.

“In communities across Northern Ireland, working families and those most in need of additional financial support are facing the most severe household cost crisis in living memory," he said.

"With inflation now projected to reach more than 13 per cent by the end of this year, people simply will not be able to cope with soaring food, fuel and energy bills."

The SDLP leader said it was "immoral" that ministers at Stormont and in London "have gone awol".

"With no executive in place due to the narrow agenda of one political party, emergency support to deal with this crisis has been held back leaving people to fend for themselves," he said.

"While in Whitehall, ministers have given themselves a summer sabbatical to choose a new prime minister. People in need cannot just wait months on end, they are facing extraordinary bills here and now – the urgency is totally lost on the political class."

Meanwhile, the group that represents the north's 11 local councils has called for the creation of a cost-of-living task force.

Nilga president Councillor Martin Kearney said the task force needed a "clear focus on removing barriers to collaboration and to leave no stone unturned in our efforts to support those in need".

"This task force should be inclusive of all public services and include energy companies as well as the community and voluntary sector," he said.