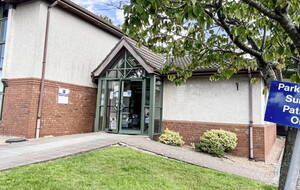 The Priory Surgery in Holywood. Picture by Hugh Russell

MORE than 14,500 patients registered at Co Down GP surgery were last night left feeling "blind-sided" after it was announced they are to cease providing medical services early next year unless new doctors can be found to take it on.

Priory and Springhill Surgery operates out of two sites in Holywood and Bangor .

In a notice posted on Facebook it said that the current GP partners "will no longer be providing General Medical Services from 1st February 2023."

It added: "The Strategic Planning and Performance Group are seeking a replacement GP contractor or a group of GPs to provide General Medical Services to the patients currently on our practice list."

Queries were directed to the Strategic Planning and Performance group at the Department of Health.

Alliance assembly member Andrew Muir said he was "very concerned" by the news.

"Ability to access GP Services is a key foundation of our NHS and should not be in question," he said.

"We’re now at critical crisis point with yet more people now likely to be heading their way to already over-stretched Accident and Emergency units due to the inability to promptly access GP services.

"Action must be swiftly taken by the Department of Health to give patients the required assurances that business will be provided without interruption with service standards increased without delay".

SDLP North Down representative Déirdre Vaughan said she was "quite alarmed" by the news.

"I'm urgently engaging with the trust to understand what is happening to replace the GPs here," she said.

Patients of the surgeries also took to social media to react to the news, revealing that had received no prior notification.

One patient wrote: "Terrible way to be informed. I really hope there's support given for older people and chronically ill" while another added: "Dreadful news……this is how I & others have found out. Not even notified, prior to press release. Do we get advice on how to find a new GP practice?".

Another comment read: "So what are the patients of both these surgeries supposed to do now?!! Hearing this news in this manner is appalling!!! Surely we should all have received a letter!!".

There were also concerns raised as to what registered patients should do now.

"It’s not going to be easy to find a new GP in the area, the amount of patients that the two surgeries have is very very large."

When contacted yesterday, a spokeswoman for the Priory Surgery said they were making "no comment".

A spokesman for the Department of Health said work was "under way to find GPs to take over the practice".

"Patients have been written to and should receive correspondence in the coming days," he said.

"We will continue to keep patients informed of the outcome of this process".