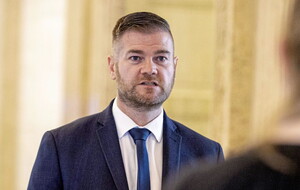 BREXIT is being blamed for a perceived deterioration in community relations highlighted by newly-published official figures.

Statistics from the Executive Office show what is termed a "significant" decline in the number of people who think relations between Protestants and Catholics are improving.

The Good Relations Indicator report for 2019, the most up-to-date figures published by the Stormont department, shows that 39 per cent of adults think relations between the north's two largest religious groups have improved over the past five years – a decline of almost 20 percentage points over the past three years.

Public belief that community relations are improving peaked at 59 per cent in 2016 but has been on a downward trajectory since.

Perceptions about community relations previously suffered a setback in 2013 in the wake of the loyalist flag protests but had recovered up until the Brexit vote. They are now at the lowest point for almost a decade.

"The hard truth is that the bitter animosity in our politics, which finds renewed roots in Brexit, has entrenched division," the South Down representative said.

"Community relations in the north are at their best when people from all backgrounds see our politicians working together in everyone’s interests."

Mr McGrath said "division and deadlock" at Stormont was reflected in wider society but said it was important to acknowledge the progress in community relations since the signing of the Good Friday Agreement.

"While it’s disappointing that less people think community relations are improving than five years ago, it’s important to remember how far we have come in the last few decades, with society in the north in a place that would have been unimaginable for many pre-1998," he said.

"It is disappointing that after years of good relations development, relationships between the two main religions has fallen and we now see that 24 years after the Good Friday Agreement the political tensions between religions has grown further apart," she said.

"Alliance would like to see investment in good relations to develop community solutions and build cohesion. More must be done to bring single identity communities together, to build a shared society."