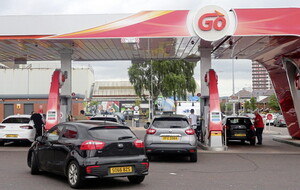 The average price of petrol and diesel dropped at some stations. Picture by Mal McCann

THERE was a welcome boost for motorists yesterday with a drop in the price of unleaded petrol and diesel at some forecourts across Northern Ireland.

Following months of spiralling prices, the cost of fuel dropped at some stations to 179.9 for unleaded and diesel.

Among the companies to introduce the lower costs yesterday were Go and Solo.

Motorists visiting some stations in Belfast, Dromara and Banbridge were among those to benefit from the price drop.

However, despite the significant drop, costs remain well above what would be considered normal with prices recently hitting a new record high.

The war in Ukraine, post-pandemic energy demands and the pound's weakness against the dollar have all been contributing factors to the price hikes.

It comes amid calls for the British government to reduce the price of fuel by cutting duty, taxes and VAT.

Yesterday's price decrease comes just a month after the average price of diesel in Northern Ireland had risen to 190.4p a litre, with petrol at 185.6p a litre.

Prices were even higher in some areas, including a Belfast filling station where a litre of diesel was £2.04 and an Express station in Newry was charging almost £2.04 for diesel and £1.98 for petrol.

In comparison, this time last year, a litre of petrol would set the average motorist in Northern Ireland back 129.4p.