EU adoption of Peace Plus will deliver £1 billion of funding 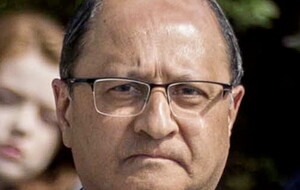 A NEW cross-border peace and reconciliation programme is expected to deliver £1 billion of funding over the next six years.

The EU Commission has confirmed that it has adopted the Peace Plus programme, which will be delivered by the Special EU Programmes Body (SEUPB) up to 2027.

The British government plans to provide almost three-quarters of the overall budget, which it said would "support the levelling up of Northern Ireland's economy" and foster cross-border collaboration.

The programme targetting the north and the Republic's border counties is the biggest Peace programme to date and is jointly funded by London and Brussels, matched by the Stormont executive and Irish government.

European Commission vice-president Maros Sefcovic said the EU had consistently proven its commitment to the Good Friday Agreement through the funding.

"Today is another concrete example of that support – together with the Irish and British governments, the new Peace Plus programme will provide around €1 billion to Northern Ireland and the border counties," he said.

"Preserving the hard-earned gains of the peace process will always be of paramount importance to all Europeans."

Secretary of State Shailesh Vara welcomed progress on the funding.

"The £1 billion of programme funding will drive ambitious local regeneration projects. I look forward to seeing the ways in which it will help individuals, communities and businesses to reach their potential."

"This £1 billion funding will be welcomed particularly by those in border communities and those impacted most adversely by chronic economic and social deprivation," he said.

"It will build upon the success of previous Peace programmes and provide much needed support for essential social, economic, cultural and environmental activities while also providing significant infrastructure investment.

The Sinn Féin minister said he was hopeful that the British and Irish governments would soon conclude final administrative arrangements with the European Commission to enable the programme to open.

"Over the past few decades EU funding has facilitated a number of important projects and initiatives that have had a real impact on the island and contributed to the success of our peace process," he said.

"Visit any town or city on this island and you will be able to see evidence of the positive contribution EU funding has made, from large infrastructure projects to funding for local and community voluntary groups, this money has helped to transform our island in the years following the Good Friday Agreement."