Belfast, Armagh and Newry to host the largest Twelfth of July demonstrations 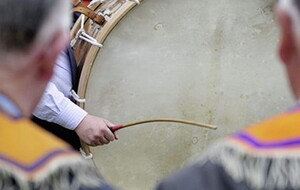 Belfast, Armagh and Newry will host the largest Twelfth of July demonstrations

BELFAST, Armagh and Newry will host the largest Twelfth of July demonstrations tomorrow.

After two years of relatively low-key demonstrations due to the coronavirus pandemic, 18 towns and cities in the north will host parades to mark the 332nd anniversary of the Battle of the Boyne.

Other demonstrations will be held in: Glenarm, Ballymena, Bushmills, Antrim, Cullybackey and Magheragall in Co Antrim; Ballygowan, Greyabbey and Ballymartin in Co Down; Tobermore in Co Derry, and Omagh and Aughnacloy, Co Tyrone.

Thousands of Orange Order members, accompanied by around 600 bands, are expected to take part in the marches.

Belfast will host the largest parade. The march leaves Belfast Orange Hall, at Carlisle Circus, at 10am and will proceed along Clifton Street, Donegall Street, Royal Avenue, Castle Junction and Donegall Place to Belfast City Hall.

The return parade leaves at 3.30pm.

The BBC confirmed last month that "after careful consideration" it would not run live television coverage of the Twelfth demonstrations. An extended highlights show from eight locations will be aired instead.

Dame Arlene, a former first minister, said she was "incredibly proud of GB News for stepping up to fill a void left by the national broadcaster".

Grand Master of the Grand Orange Lodge of Ireland, Edward Stevenson, will attend the demonstration in Bushmills, Co Antrim, today.

"I do not believe there is any other event on these islands that can bring such vast numbers of people onto the streets to enjoy our processions, either by taking part or simply to watch them go by," he said.

"It is a custom which has been maintained for over 200 years, passed through generations, and will continue to be upheld for many years to come." 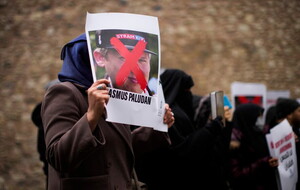