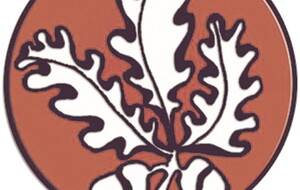 Derry take on Galway in the All Ireland semi-final at Croke Park on Saturday.

Translink has reversed its decision not to run a special train service for people travelling to and from Derry on Saturday for the county's All Ireland semi-final following outcry from GAA fans.

Saturday's semi-final against Galway in Dublin is Derry's biggest game in more than 20 years.

Thousands of people are expected to make the journey from Derry to Dublin to cheer on the Oak Leaf county.

However, fans were left baffled by Translink's original decision to run a special train to the game from Belfast rather than Derry city.

The move was met with an angry response from Derry fans and led to an online petition demanding that the company review its decision.

Following increasing pressure yesterday, Translink bowed to public opinion and announced plans to operate a return train to Derry on Saturday night to link with the Belfast special.

The company said services would also link with the Belfast to Dublin outward journey earlier on Saturday. A spokeswoman for Translink said capacity on the rail links would be enhanced to cater for the expected increase in demand.

“We have been monitoring the bookings for this rail special and can now confirm we will operate a train service to Derry-Londonderry to connect with the special from Dublin for the return journey.

“This is an exceptionally busy holiday weekend. Many people are taking holidays using cross-border services and we are also committed to operating additional special coach and train services to concerts in Dublin. As such we are operating at maximum capacity of the timetable and infrastructure, we have available,” the spokeswoman said.

Infrastructure Minister, John O'Dowd welcomed the news. Mr O'Dowd said he was keen to ensure that as many Derry fans as possible could travel to Croke Park for the game.

He said he contacted Translink to ask that they consider a “special train service from Derry” and he was pleased that this had been confirmed.

“This train service from Derry will complement the extra bus services that have been put on for the match,” Mr O'Dowd said.

The decision was also welcomed by Derry Sinn Féin assembly member, Pádraig Delargy who wished the county GAA team well in the semi-final.