Opinion: Johnson has shattered any lingering myth about integrity in British politics 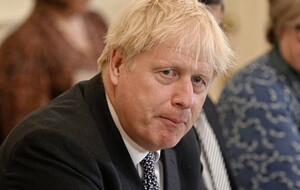 AT the time of writing Boris Johnson remains prime minister and appears determined to stay in the role until he is literally dragged kicking and screaming from Downing Street.

His behaviour in the face of relentless damage to what has long been a tarnished reputation has shattered any lingering myth about integrity in British politics. The Tory leader has displayed a single-minded selfishness that would make North Korea’s Kim Jong-un blush.

His record is so egregious that it’s hard to identify its lowest points.

Was it the cronyism of the Covid contracts, ‘partygate’ or his slippery antics in regard to the international treaty he signed with the EU?

Every week a new scandal eclipsed the previous one, latterly against a background of lurid revelations that highlighted a complete lack of personal scruples as well as political.

The celebrity gossip-style preoccupation with the prime minister’s personal shortcomings enabled draconian and self-serving legislation to proceed almost under the radar.

Hare-brained schemes like flying asylum seekers to Rwanda have sucked up all the oxygen of debate, while the British government sought to repeal the Human Rights Act, introduce a Troubles amnesty and threaten to break international law.

Meanwhile, Johnson has been surrounded by a similarly-minded Conservative Party cabal, whose collective sole skill appears to be blind sycophancy.

The likes of Nadine Dorries, Liz Truss, Suella Braverman, Nadhim Zahawi and Dominic Raab were joined by the Northern Ireland Office’s ‘Brazen’ Brandon Lewis and Conor ‘Cake Ambush’ Burns in backing their man to hilt as every fresh aspersion emerged.

Yet yesterday it seemed the worm was finally turning. Not, it must be stressed, out of any sense of outrage or responsibility but because they have belatedly concluded that Johnson has become a liability, a figure of public derision, who despite the weakest Westminster opposition since the Michael Foot era, could derail the Tories electorally.

Yesterday morning, the secretary of state had spoken of his leader’s “overwhelming mandate” as if it were a magic cloak that somehow made him immune to accountability.

For months he’s been delivering the same line as if its repetition gave it credibility.

Within hours, however, Brandon Lewis saw what way the wind was blowing and sharpened his knife accordingly. He and his colleagues speak of ‘doing what’s right for the country’ but in the mould of Boris Johnson himself, it is all about self-preservation.

So where does this London-centric drama leave li’l’ ole Northern Ireland and its dormant institutions? The DUP, the Tories’ best mates in recent years, were conspicuously quiet yesterday, insisting it was none of their business but clearly wary of making the wrong call in the midst of uncertainty.

Elsewhere, there’s a consensus that Boris Johnson’s time has long passed but that whoever succeeds him is likely to be equally nefarious in their intent.

The Tory leader’s allies have been no more sincere than he has when it comes to the protocol, scapegoating the EU for their own inconsistency at every opportunity.

If and when a new leader emerges they will no doubt pledge to dismantle the Irish Sea border and restore balance the Good Friday Agreement.

The gung-ho rhetoric and bluster will continue ad nauseam, a smokescreen designed to mask the failings of Brexit, all the time stringing along Sir Jeffrey Donaldson and his forlorn hope that an escape hatch back to devolution will emerge.

But at every turn, this government’s domestic and international credibility is debased. It’s inadvertent of course, but never have Irish and Scottish nationalism had stronger cheerleaders for their cause in the cabinet.