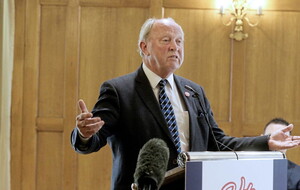 THE hard-hitting audit office report into Causeway Coast and Glens council has been branded "ruinous and damning".

The report, which is published today, found that two land deals agreed by the council may not have been lawful.

Mr McShane also raised his concerns directly with the Department for Communities, which ordered the audit in November 2020.

He said last night that the audit is "ruinous and ultimately damning in its findings against council members and senior officials".

"Yet it remains unsurprising to those of us who campaigned for the audit in the first instance," said Mr McShane.

"It is essential that the public realise this is only the 'tip of the iceberg'."

He said he holds "obscene amounts of evidence" in relation to other matters linked to the council.

It is understood this includes around 100 hours of covert recordings.

Mr Allister the public should be grateful to the audit office for the "thorough way in which it has shone a light into the dark corners of this failing council".

He also said senior officers at the council should be "considering their positions" and called for a "PSNI investigation of relevant staff in respect of the offence of misconduct in public office".

A spokeswoman for the PSNI said: "To date, the Police Service has not had sight of the report nor have we received any criminal complaints pertaining to it."

"Elected representatives can no longer sweep the behaviour of senior officials below the carpet, the ratepayers have shouldered the cost for far too long, enough is enough," she said.

SDLP councillor Margaret Anne McKillop said "for too long there has been a lack of accountability in this council and it has been the public who suffer, with rates increases and diminished services as a result".

"This report gives us the opportunity to draw a line under these matters, implement their recommendations and make a fresh start."

“I have written the other party leaders on the back of this report to seek agreement to ask the Mayor to work with HR and initiate disciplinary proceedings against those involved," she said.