REMOTE learning may be reintroduced in some schools amid warnings of a "staffing crisis".

The body that represents principals and vice-principals said that if the current situation continues then "short-term, temporary closures" will be necessary.

The warning came as teaching unions called for school Christmas shows and carol services to be cancelled.

Maxine Murphy-Higgins of the ICTU's education group has written to minister Michelle McIlveen saying it was "imperative" her department responded to increased levels of infection in schools.

A separate letter to Ms McIlveen from the president of the NAHT highlighted an increasing number of Covid-related staff absences.

Graham Gault pointed to "serious difficulties in maintaining safe staffing levels in schools" and an "unprecedented" shortage of subs and classroom assistants.

Mr Gault said principals were "particularly concerned about children with additional needs" who may be denied the required support.

He said funding cuts meant schools were unable to "compensate for even small amounts of staff absence".

His letter said the situation was "having a detrimental impact on many aspects of a principal's core business, including safeguarding".

"Our schools can go no further – we urgently need the Department of Education to clearly inform parents that schools may not be able to sustain normal service and will move to remote provision if safe staffing levels cannot be secured," the letter concludes.

Mr Gault told The Irish News last night that he didn't "take lightly" writing directly to the minister but felt the seriousness of the situation merited it.

"In the most simple terms, if safe levels of staffing cannot be maintained, schools will be forced to make very difficult and unwelcome decisions," he said.

"If the situation deteriorates any further, this will become increasingly the case."

The NAHT president acknowledged that the minister was unable to "magically produce the required staff".

"She cannot perform miracles, but neither can our principals," he said.

"I ask the minister to make it very clear to our parents and communities that continued staffing issues may require short-term, temporary closures at individual school level."

The Department of Education said officials were aware of the pressures being faced but said there were currently no plans to return to remote learning in all schools.

"Any decision to do so would be taken by the executive and would be based on medical and scientific advice," a department statement said.

"The department is aware of the ongoing difficulties faced by some schools in securing appropriate cover as a result of staff absence, and acknowledges that individual schools may need to consider a short period of remote learning for a class or classes, in response to local circumstances." 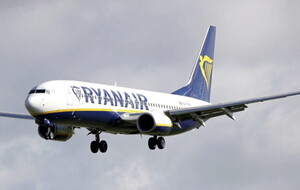