Mass vaccination of 12-15 year-olds could begin 'within weeks'

THE mass vaccination of 12 to 15 year-olds against coronavirus could begin within weeks in Northern Ireland with jabs delivered through schools.

Government ministers are expected to green-light yesterday's recommendation by senior doctors on the extension of the vaccine programme to all under-16s.

Around 98,000 children and teenagers would be eligible for the jab in the north - at a time of soaring infection rates in those aged 10 to 14.

Sources say the Public Health Agency (PHA) will work closely with the education system in administering doses, as the agency currently leads on other schools' vaccine programmes.

Its rollout is expected to begin next month but will not be mandatory. One dose of the Pfizer jab will be offered.

A programme for this age group in the Republic started in August and uptake has been high.

The UK's four Chief Medical Officers (CMO)yesterday made their decision on the grounds that increased immunisation will protect pupils from missing more face-to-face teaching following the catastrophic impact of the pandemic - particularly on children from disadvantaged backgrounds.

The long-term mental health risks of schools absences were also a key factor.

"There can be lifelong effects on health if extended disruption to education leads to reduced life chances," the CMOs said.

Earlier this month a government advisory body ruled against the delivery of jabs to all healthy under-16s, saying vaccines would offer only a marginal benefit.

However, the Joint Committee on Vaccination and Immunisation (JCVI) advised that CMOs should have the final say and consider the wider implications, particularly in education.

A leading virologist last night welcomed the move and said she hoped it would be a driver in reducing long Covid in teenagers.

Dr Lindsay Broadbent, who is based at Queen's University Belfast, also said increased vaccination would impact on transmission as well as limit more severe illness.

"We know that vaccination is one of the best ways to prevent or reduce the risk of Long Covid. It is thought that around five to 10 per cent of kids who had previously tested positive will experience symptoms after five weeks - which is a significant number," Dr Broadbent said.

She added that while other countries had vaccinated children during the summer months in clinics, the school setting would be the most likely option for rollout in the north.

"Consideration will have to be given so that there is least disruption to schools as possible -and also little disruption to other vaccine programmes as we don't want to affect the flu vaccine rollout." 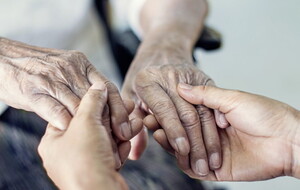