Mr McCann was killed in the Markets area of Belfast in April 1972.

A murder case against two former British soldiers collapsed last week after interviews given by both to the Historical Enquiries Team (HET) in 2010 were deemed inadmissable.

While details of the case were made public during the court hearing, British army records of what happened that night have now emerged.

Documents obtained by the research charity Paper Trail suggest that Mr McCann, who was unarmed, was being followed by special branch officers who intended to arrest him.

A situation report written up the next day revealed that when approached, Mr McCann ran and was shot at.

"McCann was hit in the rear,” the files say.

Mr McCann's family are expected to present the evidence to the Attorney General when seeking a fresh inquest into the killing.

His son, Feargal, last night said he hoped the soldiers would be compelled to give evidence at a new inquest.

Niall Murphy, of KRW Law said: "I consider these documents to be fresh and compelling evidence which will assist an already strong renewed application to the Attorney General to order the re-opening of an inquest into the death of Joe McCann."

Ciarán MacAirt of Paper Trail said "the files further prove that the British armed forces’ initial reports that Joe McCann fired upon them and was facing them when shot were false". 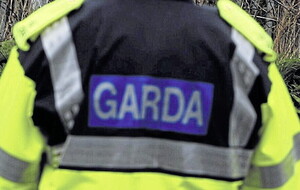