THE family of a Co Armagh grandmother who died from Covid have told how she will be remembered as an "incredible lady".

Maureen McCreesh, who was 87, died at the Mater Hospital in Belfast on January 21.

The former teacher and grandmother-of-nine had been in hospital for a week.

She had had a fall at her Forkhill home on Sunday January 10 and was found to be disorientated in the days afterwards.

A former nurse who visited her as a carer raised concerns about her oxygen levels and asked the family to have their mother tested for Covid.

The test was positive and Mrs McCreesh was admitted to the Mater Hospital on January 14.

Despite initially responding well to treatment, the pensioner's condition deteriorated in the days that followed.

Speaking to The Irish News, Shona McCreesh said her mother did not have any of the well-known symptoms of Covid such as a cough or a temperature.

"I think from day one they knew she was dying," she said.

"When she went in first, her oxygen levels did go up and the signs were good but after that, they had her on the highest setting.

"We made a video for her, for the nurses to play, telling her to keep her mask on".

The mother-of-three from Mullaghbawn said the family explained to medical staff that they had lost their 83-year-old father, Noel, during lockdown last March and had not been allowed to be with him, and they did not want the same to happen with their mother.

Wearing full PPE, loved ones were allowed in to see Mrs McCreesh.

Shona said her mother, who was laid to rest at the weekend in Mullaghbawn, would be remembered as an "incredible lady".

"She just loved life," she said.

"She was very warm, very sociable, very glamorous. Up until lockdown, she would have been getting her nails done. You wouldn't have thought she was 87. Every year she travelled to America to see the boys.

"She was a great singer. She was the first one to start a sing-song. She would also be able to give you words of wisdom.

"She was just the life and soul of the party and the glue that held us altogether. We are feeling a wee bit lost."

Shona also appealed to people to wear masks as the pandemic continues to take lives.

"After spending a week in the Mater, it is frightening," she said. 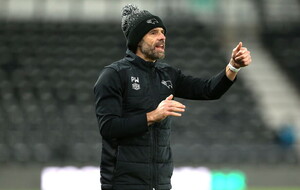