The scene after the fire on Donegall Pass. Picture by Hugh Russell

ALMOST £60,000 has been raised in a fundraising drive for the Belfast Multi-Cultural Association (BMCA) after the historic building was badly damaged by arson.

Police and the Fire Service have said they believe the blaze at the centre on Donegall Pass in south Belfast was "a deliberate hate crime" - the latest in a series of attacks on the centre and cars belonging to its volunteers.

The inside of the building is badly damaged, with large sections of the roof destroyed.

The scene after the fire on Donegall Pass. Picture by Hugh Russell

Muhammed Atif of the BMCA said just an hour before the building was engulfed by flames on Thursday night, members were "packing up the food, making up the food parcels to go out this morning".

It had been operating a food bank from the building during the pandemic.

"We are devastated to see a beautiful historic building burn down before our eyes. It wasn't only the building, it was the hope of all the good work as a BMCA we have been doing over the past years and last few months," he said.

"This building was the centre of all efforts to help the community and especially to help the poor homeless and vulnerable members of our society which have been neglected by others."

There has been widespread revulsion to the attack and Amnesty International's Northern Ireland director Patrick Corrigan set up a JustGiving page on Friday with an initial target of £10,000.

The scene yesterday after the fire at the Cultural Association building on Donegall Pass in the south of the city which was started deliberately. Branding it a 'hate crime', the PSNI has launched an investigation alongside the fire service. Picture by Hugh Russell

That was exceeded within two hours and it was revised up to £20,000, which was also passed within hours and a third target of £30,000 reached on Saturday morning.

The targets were raised twice more and by Sunday it was almost at the new figure of £60,000.

He said it will help the association "build back better".

The BMCA thanked those who have donated, shared, reached out to us to offer support, solidarity and love and tangible supports.

"In the past year - the food bank, the comfort packs, financial support, supporting homeless shelters and the clothes bank - our work speaks for what we represent. We represent an intercultural society," they said in a statement.

"We view `multiculturalism' as the co-existence of diverse cultures, where culture includes racial, religious, or cultural groups and is manifested in customary behaviours, cultural assumptions and values, patterns of thinking, and communicative styles.

"What we want is a shared and safe community. One which moves away from relationships that are built on mistrust and defence to relationships rooted in mutual recognition and trust.

"And this is what BMCA represents. We are here for one and all. Therefore an attack on us in an attack on all."

They said they are determined to "hold accountable those with whom we have raised the alarm for months about the ongoing threats we were under". 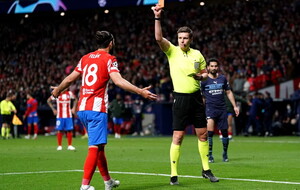