A charity watchdog is set to appeal a ruling that it cannot delegate decision-making powers to staff acting alone.

Last month a High Court judge held that legislation means the Charity Commission for Northern Ireland can only reach determinations when it meets as a complete body.

The verdict could potentially call into question the status of hundreds of decisions.

But in court yesterday, counsel for the commission, Tony McGleenan QC, confirmed intentions to challenge the outcome.

Attempts are being made to secure a stay on any final order being drawn up while the case is taken to the Court of Appeal.

In her earlier ruling she described the case as having vital importance for the public at large.

Proceedings centred on a series of appeals over the same question of law.

Lawyers debated the legal right of commission employees acting alone to act under the provisions of the Charity Act (Northern Ireland) 2008.

In two appeals the Charity Tribunal found staff could make decisions, but held against delegation in a third case.

Amid the uncertainty, Madam Justice McBride stressed the need to for the issue to the clarified.

Counsel for the commission argued that earlier interpretative legislation enabled it to delegate decision-making functions to staff.

He contended that a power of delegation should not be implied, and that discharge of functions by the staff is not inherently lawful.

Ruling on the case, the judge identified no implied power to delegate to staff.

On that basis she held the only way the commission can carry out its decision making functions is either by meeting as a complete body, or acting in accordance with the powers set out in the act. 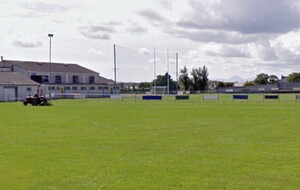