British soldiers 'will not be protected from Troubles prosecutions'

BRITISH soldiers would not be protected from prosecution for offences during the Troubles under draft Government proposals expected to be drawn up soon.

Senior MPs had urged a statute of limitation which would prevent anyone from facing trial for offences that happened during the conflict, including former soldiers and paramilitaries.

Victims' representatives, Sinn Féin, the DUP and the Irish Government had voiced concerns at the suggestion.

Over the last year, the concept of an amnesty has gained traction among several Westminster Tory backbenchers, who claim recent prosecutions of former British soldiers are tantamount to a "witch-hunt".

Prosecutors and the PSNI insist such allegations simply do not stand up to scrutiny, with a breakdown of figures showing no disproportionate focus on ex-security force members.

An amnesty was not agreed as part of the 2014 Stormont House deal.

The agreed proposals, including a new independent investigatory unit, a truth recovery body and an oral archive, have not been set up amid the ongoing political impasse at Stormont.

In the House of Commons recently, senior Conservative Julian Lewis said it would be a "retrograde step" if the legacy consultation did not consider a statute of limitations proposal.

At the weekend, DUP leader Arlene Foster called on the government to "take forward a meaningful consultation which can allow those who have suffered so much to study the detail of its contents".

"Most importantly, victims must be able to see that their opinions will shape what emerges at the other end."

SDLP MLA Dolores Kelly said yesterday that the consultation on legacy matters must proceed with a “clear caveat that the SDLP is not endorsing the content.”

"At this stage we recognise the delays and frustration of victims and survivors and we have no wish to frustrate the process any further," she said.

She added: "The SDLP has submitted numerous papers on all legacy issues including on the consultation process itself. There are still gaps, however we will submit a comprehensive response to the consultation in due course".

Ulster Unionist MLA Doug Beattie claimed the Northern Ireland Office has repeatedly ignored his requests for a meeting and only agreed to see him today after his party leader made a direct appeal to Secretary of State Karen Bradley.

"However, on 4 May they released the draft consultation on legacy to all political parties. This means that Ulster Unionist Party`s concerns around issues raised during the early political talks of 2018 between Sinn Fein and the DUP - particularly a statute of limitations, the definition of a victim and pensions for those injured during the Troubles - could not be raised," he said.

"We remain very concerned about the creation of the HIU (Historical Investigations Unit) which will effectively be a parallel police force." 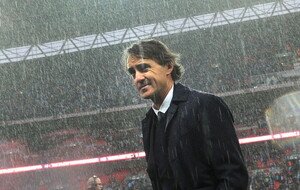