BOOKIES are likely to close the betting on who will succeed Gerry Adams as Sinn Féin president after Pearse Doherty followed Michelle O'Neill in emphatically ruling himself out - leaving a clear run for Mary Lou McDonald.

Currently deputy leader, the Dublin Central TD was yesterday 100/1 on to take the top job.

Yesterday, Mr Doherty, emphatically reiterated he will not be putting his name forward to lead the party, saying, with a young family, it was not the right move for him at this particular time

He denied as "ridiculous", claims that he had been told not to run for the position.

As Sinn Féin finance minister, Mr Doherty was a high-profile perspective candidate and seen by some commentators as a strong contender.

He is credited with bringing credibility to Sinn Féin's previously much-criticised economic policies and is an impressive performer in the Dáil and the media.

However, the Donegal TD had long stated that he would not be interested in the role.

Northern leader Michelle O'Neill told the Irish News last week that she would not be putting her name forward for the job.

Both have refused to be drawn on who they would support, should a surprise candidate emerge to challenge Ms McDonald.

Eoin O Broin, who last summer predicted Gerry Adams may not be leader in five years time, is talked about as a possible challenger.

The Dublin Mid-West TD had said he did not think that the vacancy at the top of the party would emerge "in the next year or two", but in recent years has seen an increase in public exposure in the media.

An assured television performer, he is considered to be one of Sinn Féin's brightest minds and has so far remained silent on whether he will put his name forward.

But, it is Ms McDonald who has been groomed for to take over since replacing Pat Doherty as vice president following the Sinn Féin 2009 Ard Fheis.

A consistently strong performer in the Dáil and a recognisable strong female political personality, she is simultaneously `untainted' by Sinn Féin's past and supportive of it - refusing to distance herself from the IRA's activities during the Troubles.

Her staunch loyalty to Gerry Adams is likely to be rewarded by the party faithful.

As recently as September, however, she was adamant that she has no desire to be "ordained" as the next Sinn Féin leader.

She told the London Times "I have made no secret in my interest in going forward when a vacancy arises" but hopes more than one other candidate would challenge her for the role.

"I don’t want to be anointed or ordained."

Read more: Francie Molloy says he won't quite Sinn Féin over abortion but has criticised the "gloating" of some delegates at the ard fheis 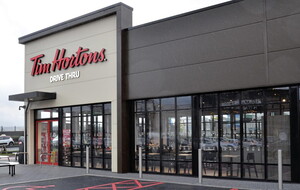