1916 memorial consultation to be held in unionist town The 1916 Easter Rising memorial in Carnlough

PLANS to hold a second consultation on the future of a 1916 memorial in Co Antrim have been criticised by nationalists.

Mid and East Antrim Borough Council is set to hold the consultation into the memorial stone in the mainly unionist town of Larne later this week.

The 3ft high memorial commemorating the 1916 Easter Rising was put up on council land without permission last year in the mainly nationalist village of Carnlough last year and was later removed.

An application to replace the memorial was later lodged with planners.

The majority unionist council began a consultation into the memorial last December, which included delivering letters to every home in the village, but to to date has not revealed the results.

A council spokesman last night confirmed that officials decided to hold a second consultation event in Larne at the "end of March/beginning of April" and confirmed further consultations could be held if there is a demand.

Sinn Féin councillor James McKeown was critical of the decision.

"The consultation was originally just for the people of the Carnlough area and now they have widened it out to other people who don't come from the village or live in the village to have their say," he said.

Nationalists in Carnlough want to locate replica of the removed stone at the same site as the original stone at Hurry Head.

Although the results of the Carnlough consultation have not been made public, Mr McKeown says the majority of people are in favour of replacing the monument.

"The result of the local consultation in Carnlough were overwhelmingly in favour of the monument," he said.

Mr McKeown said that in future the council should open every application received to widespread consultation.

Earlier this month, the Irish News revealed that the council has so far spent £1,000 on the consultation process that involved placing newspaper adverts, public notices and delivering letters to all 563 households in the village.

The cost of public meetings and recruiting an academic to help with the consultation has yet to be disclosed.

A spokeswoman for the council said a consultation exercise is ongoing.

"The most recent stage of this process, during which members of the public are invited to discuss the issue, is 28 June 2017 in Larne," she said.

Council's Equality Working Group, which is made up of cross-party representation, will meet to consider the results of the current consultation, prior to making any decision/recommendation to full council.

"A report summarising the consultation responses will be compiled." 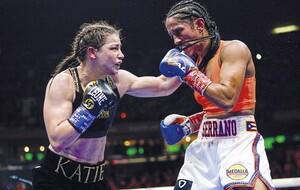