The UK’s biggest mobile operators have committed to pay more than £1.3 billion in the first stage of latest bidding for airwaves for 5G networks.

EE, O2, Three and Vodafone took part in the auction, run by telecoms regulator Ofcom as they looked to boost their current mobile services and support new 5G networks.

The first stage of the auction involved 34 lots of spectrum being made available across the two bands.

The 700 MHz band is suited for providing wide-area coverage, for example in the countryside, and the 3.6-3.8 GHz band are important airwaves for 5G and more data-hungry connections.

The total secured, just over £1.35 billion, will all be paid to the Treasury.

Ofcom will now move to the “assignment” stage, which is the last bidding stage of the auction.

This allows companies that have won spectrum in the first stage to bid to determine where in the frequency bands their new spectrum will be located.

Philip Marnick, group director for spectrum at Ofcom, said: “With bidding in the principal stage concluded, we now move to the next stage of the auction where the operators will have an opportunity to negotiate the position of their spectrum holdings in the wider band.

“This is an important step forward in bringing better mobile services to people – wherever they live, work and travel. These airwaves will help improve coverage for the mobile services people use today, as well as supporting the UK’s position as a world leader in 5G.” 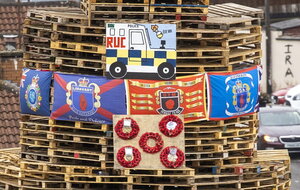