PlayStation has dropped a brand new trailer for The Last Of Us Part II, the much-anticipated sequel to the Bafta award-winning zombie horror game.

In its showcase at Paris Games Week, Sony closed its event with the new cut-scene, which didn’t feature either of the protagonists Ellie or Joel, but was still full of the game’s trademark suspense and gore.

There’s still no release date for the eagerly awaited follow-up, but excitement levels have been kicked up a notch in the wake of the brutal glimpse inside the game.

PlayStation also announced another new triple A title – Ghost Of Tsushima – set in Samurai-era Japan and in the midst of an intense battle.

Elsewhere, there were also new trailers for God Of War, Detroit: Become Human and Spider-Man among the new previews.

The first expansion to Destiny 2 was also revealed. Called Curse Of Osiris, it sees players travel to Mercury to find the most powerful Warlock in the history of the Last City.

With new footage of Shadow Of The Colossus also on show, it was a packed 45-minute showcase from the gaming giant. 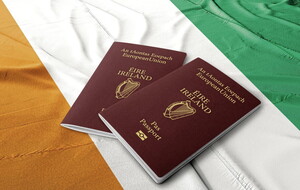