A British-American explorer who has travelled to space and Earth’s highest and lowest points has said she would not travel to Mars if offered the opportunity and criticised the idea of “space tourism”.

On August 4, Ms O’Brien and five other crew members passed the Karman Line, the internationally recognised boundary of space, into suborbital space to reach a high point of 107 kilometres.

Asked whether the Red Planet could be next on her adventure list, Ms O’Brien told the PA news agency: “Mars is fun, but I’m not such a fan of Mars right now because Mars is one way.

“I don’t know, is that a good thing? There are lots of people I would probably like to send to Mars, so you could think about it that way.

“Building a colony on Mars? No, I think we are OK on Earth right now.”

She urged people to focus on tackling climate change on Earth rather than chasing “intergalactic living”.

“We just probably need to learn to conserve and build better practices around how we take care of the Earth here, and once we do that, we’ll be OK,” she said.

“I don’t know that intergalactic living is necessarily the answer.”

Ms O’Brien completed her latest challenge with Egyptian Sara Sabry and Portugal’s Mario Ferreira – both the first people from their respective nations to go to space – along with Clint Kelly III, a retired technology expert who worked with the US government, communications expert Steve Young and YouTube star Coby Cotton.

She criticised the term “space tourism”, pointing to the level of training required to take part in projects such as Blue Origin.

“We have to be careful with terms like tourism because you really have to undergo training,” she said.

“Remember you are being strapped to effectively what is a bomb… somebody has to be able to withstand five and a half G-forces which is a fighter jet pilot equivalent – this isn’t fun, it’s dangerous.

“I think of tourism as something more that has, transportation, yes, but it should also have a combination of food and beverage and a bit of entertainment… I don’t know if I put that in this category.

“(These missions are) still more about what are you going to learn or contribute or do.”

The Blue Origin team took off from the Texas desert on a suborbital rocket named the New Shepherd, and hovered above the Earth’s atmosphere for five minutes before returning to Earth.

The mission, which took around 11 minutes, meant Ms O’Brien has completed the Explorers Extreme Trifecta, by reaching the highest and lowest points on Earth and flying into space.

After scaling the peak of Mount Everest in 2012, Ms O’Brien travelled by submersible to the bottom of Challenger Deep, diving 10,925 metres below the surface of the western Pacific Ocean.

Her 2020 voyage saw her spend three hours at the bottom of the Marina Trench, longer than any other woman at the time.

Ms O’Brien became the first British or American woman to reach the summit of K2, the second-highest peak in the world, in 2017 and achieved the Guinness World Record for climbing the highest peak on every continent faster than any woman, taking 295 days.

Identifying a baby's cry of pain is not an innate ability, study suggests 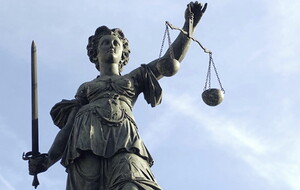