“Dress for the job you want, not the job you have” and “look good, feel good” are just a few of the golden nuggets of wisdom we hear all the time.

While people may not believe in them, research suggests that there may actually be some truth in these sayings.

A recent campaign by fashion brand Long Tall Sally highlighted 76% of women in the UK admit to not having fashion confidence, but the good news is, researchers believe changing the way you dress could actually have a positive impact on your well-being.

We spoke to psychologist Tom Lloyd about how fashion can play a subtle role in influencing the way we think and behave and here are five things you need to know:

1. Your clothes can influence your actions

“In the past, the power and influence of fashion and clothing on a person and the people around them had been dismissed by many experts,” says Lloyd.

“However, today we’re seeing a rise in psychologists recognising and exploring the influence what we wear can have. For example, studies have recently revealed that what you wear can indeed influence how you act, by the fact people will embody certain traits and actions that they associate with certain clothing.

“An experiment asked a group of people to perform certain tests – one section of the group was wearing their ‘ordinary’ clothes and the other was told to wear a doctor’s white lab coat.

“The group wearing a doctor’s coat performed much better on the tests, leading psychologists to believe that this was because they were embodying how they felt a doctor would perform.

“This belief that performance can indeed be affected by what we are wearing is now referred to as ‘enclothed cognition’.”

2. They can improve your performance at work

Lloyd points out that enclothed cognition might also come into play when dressing for work.

“However, it has not been proved how long the effects of this ‘enclothed cognition’ lasts for – so just wearing certain clothes that you associate with positive work might not be a long-term strategy to employ,” he adds.

“But if you’re at interview stage, studies have shown that even the smallest detail in the way you dress can affect how people perceive you when it comes to first impressions.

Research by the University of Hertfordshire found that men were most likely to be seen as confident and successful when wearing a bespoke, made-to-measure suit rather than an off-the-peg, high-street version.”

3. Your clothes can boost your mood (but there’s a catch)

While the way you dress might affect your mood, Lloyd warns not to be too dependent on buying new clothes to cheer yourself up.

Research sheds some light on the link between low mood and clothing but findings from psychological research are often subject to chicken-and-egg questions: what came first, the jeans or the low mood?” he says. “Correlation doesn’t imply causality.

“If everything else is going right for you, a bit of dressing down won’t automatically kill your mood.

“On the other side of the coin, it’s probably unwise to expect the handbags and the glad rags to keep you glad forever as the buzz you get from an internet-bought dress fitting you perfectly won’t outlast the negativity of maxing out your credit card.

“Lots of Instagram likes for the dress will be similarly short-lived but wearing the dress for a night out with your friends will generate memories and future nights out, doing a lot more to lift your mood.”

4. Your gym-wear can make your workouts better

“Studies have shown that ‘enclothed cognition’ works for workout clothes too,” Lloyd adds.

“In a nutshell, you are what you wear and if you dress like a fitness pro, you probably will start acting like one.

“The colour of your workout gear could also alter your performance. Red has been proved to affect sporting ability as it reminds humans of dominance and testosterone that is seen in the animal world.

“A recent study revealed that sports people who wore red were more likely to win. Interestingly, a study also showed that what you wear for sport can affect what people think of you and what they believe you’re capable of.

5. They can boost your confidence

Can what you wear make you smarter and, consequently, make you feel more confident about yourself?

In her book Mind What You Wear, Professor Karen Pine describes how women who were given a maths test performed worse when wearing a swimsuit than when wearing a jumper.

According to Lloyd, rather than there being a magical colour or style of clothing to wear that will instantly make you feel amazing, his suggestion is to focus on what works for you and making the most of that.

“For example, if there was a time when you felt particularly confident about yourself and what you were wearing, try taking one item from that outfit and weave it into a new one,” he says.

“The positive associations that you have with that one item of clothing should transfer on to your new outfit, making you feel just as amazing all over again.”

Family ties give animals reasons to help or harm as they age, research suggests 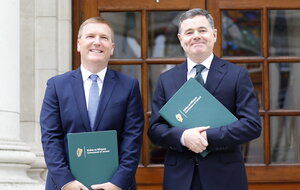