Popular TV drama Industry is set to return for a third series, HBO has confirmed.

The show, which is available on BBC One and BBC iPlayer in the UK, follows a group of competitive young employees vying for success at fictional London investment bank Pierpoint & Co.

Following the positive reception of the show’s first two series, the second of which aired earlier this year, HBO has confirmed there will be a third series.

“We’re incredibly proud of what Mickey and Konrad, Jami O’Brien, Jane Tranter and the team at Bad Wolf, together with our entire cast and crew, accomplished.

“We couldn’t be more excited to continue our journey with them into season three.”

The second series saw the young bankers, who are no longer able to hide behind their graduate status, at the mercy of Pierpoint’s back-to-work-or-else mandate, which had the trading floor more charged up and paranoid than ever.

Along with the arrival of new US management, which lit a fire under the employees, Harper – played by Myha’la Herrold – Yasmin – portrayed by Marisa Abela – and Robert – played by Harry Lawtey – were also charged with the task of driving new business and making new alliances both in and out of the office as Pierpoint and its junior bankers sought to take every advantage in a post-Covid world.

Industry was created by Mickey Down and Konrad Kay, and is written by Down and Kay and Jami O’Brien. It is produced by British production company Bad Wolf for HBO and BBC.

Doctor Who to launch on Disney+ globally 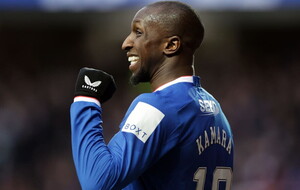