Big Brother executive: Rebooting such a popular series is a ‘hard job'

Big Brother executive Natalka Znak has said it will be a “hard job” rebooting such a popular series and that she is looking beyond its “hardcore” fans.

ITV announced earlier this year it is going to revive the influential reality TV programme, which aired in the UK for 18 years until 2018.

“TV has moved on since when Big Brother was first on TV and we used to just love watching people eat cornflakes.

“So I think that the trick is to keep the heart of it but make it feel modern.

“Obviously, I’m having so many conversations with the hardcore fans about, ‘Don’t touch it, don’t do this, you have got to keep everything’.

“I think the hardcore fans will watch it. I need all the people who have never watched Big Brother – my 16-year-old doesn’t even know what it is. Those are the people we need to appeal to. So a hard job, but it will be brilliant though.”

Kevin Lygo, ITV’s managing director for media and entertainment, said Big Brother could achieve the same effect as Love Island has for the broadcaster.

He said: “Love Island paved the way for dispelling the myth that teenagers don’t watch TV, (that) people don’t come.

“Every day at nine o’clock watching the big old thing on ITV2. It is extraordinary.

“So I think if Natalka gets Big Brother right it could do a similar job for us – and there is clearly a desire for that kind of programme.”

First edition hardback of Harry Potter to be sold for up to £150,000 at auction 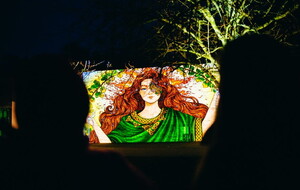