Kendrick Lamar has released a short film inspired by his track We Cry Together.

The song, which was previously released as a single, also features vocals from actress Taylour Paige.

Paige and Lamar star in the film as a feuding couple who communicate using the lyrics of the song.

The film is shot in a single take and was directed by Jake Schreier, Dave Free and Lamar.

We Cry Together features on the rapper’s latest album Mr Morale And The Big Steppers which was released in May.

It comes following Lamar’s powerful closing set at this year’s Glastonbury festival, which featured a dramatic demonstration for female rights. 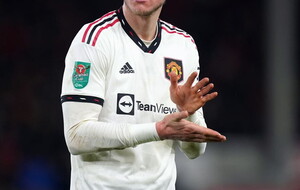