Oscar-winning filmmaker and artist Sir Steve McQueen will be among a host of high-achievers to be recognised with royal honours at Windsor Castle on Tuesday.

The 12 Years A Slave director will receive a knighthood for services to art and film.

For the biographical drama, which starred Chiwetel Ejiofor as Solomon Northup, an American free black man who was kidnapped and sold into slavery, Sir Steve won the Oscar for best picture in 2014, the first black filmmaker to do so.

Sir Steve won the prestigious Turner Prize in 1999 and was appointed Commander of the Order of the British Empire (CBE) in 2011 for services to the visual arts.

He was an official artist of the Iraq war and his artwork Queen and Country commemorated British soldiers who died in the conflict by showing their portraits as a sheet of stamps.

Others to be recognised at Tuesday’s investiture include Sara Rowbotham, a former health worker who exposed a child sex abuse ring in Rochdale, Greater Manchester, and helped bring the perpetrators to court.

Ms Rowbotham, who was played by Maxine Peake in the BBC drama about the scandal, Three Girls, will collect an MBE for services to young people. 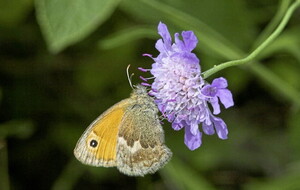