BBC Radio 2 is to mark National Album Day by having an all-female playlist.

From 6am to midnight the station will exclusively play tracks by women.

The day on October 16 will also see presenter Jo Whiley host a show named The Official All-Time Female Artists Album Chart, which will feature some of the best-selling albums of all time by women.

Whiley said: “What better theme could there be than to celebrate women in music for this year’s National Album Day.

“That means, of course, that I’ll get to play some of the best music ever made when I count down the UK’s top 30 best-selling albums by women.”

Claudia Winkleman, Dermot O’Leary and Craig Charles are among the presenters who will host shows on Radio 2 on National Album Day.

The channel has also announced it will mark Black History Month this year with a celebration of reggae which features a brand new series titled Shaggy’s Reggae Hotshots.

Singer Shaggy said: “I’m looking forward to sharing some of the music that has helped shape me and that I listened to growing up – some of the songs and artists that have represented my home, Jamaica, across the globe only on BBC Radio 2.”

On National Poetry Day on October 7, Radio 2 will also broadcast Poems For Thought, which will feature new original poems which have been recorded by poets in the UK.

Helen Thomas, head of Radio 2, said: “During the pandemic, Radio 2 provided invaluable companionship and continued to entertain our millions of listeners with a distinctive mix of speech and music entertainment, which I’m immensely proud of.

“In the next few weeks, we have a rich mix of programming to offer our audience, ranging from a new reggae series from Shaggy to commemorate Black History Month, new original works of poetry on National Poetry Day, plus our all-female playlist on National Album Day.” 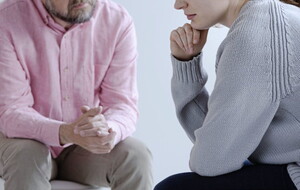