Disney+ has announced a crossover between The Simpsons and Marvel series Loki.

Tom Hiddleston will reprise his role as the God Of Mischief in the animated short, which will also feature a slew of characters from The Simpsons.

The Good, The Bart, And The Loki will see the marvel character banished from Asgard once again and forced to team up with Bart as he faces his toughest opponents yet: the Simpsons and Springfield’s mightiest heroes.

The animation is the second in a series of Disney+ shorts featuring The Simpsons and flagship Disney characters.

It follows the Stars Wars-themed crossover called Maggie Simpson In ‘The Force Awakens From Its Nap’.

Hiddleston can currently be seen in his own Marvel standalone live action series, which takes place after the events of Avengers: Endgame, in which Loki attempts to escape the confines of the Time Variance Authority.

The Good, The Bart And The Loki will stream on Disney+ on July 7. 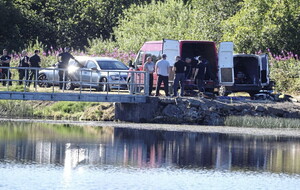