Mercury Prize nominations: Who is in the running?

This year’s nominees for the Mercury Prize include two previous winners, and several newcomers who are readying themselves to make their mark on the music industry.

The winner of the prestigious accolade will be revealed at the awards show on Thursday September 14.

Here are the artists up for the album of the year prize:

Alt-J – Relaxer
The indie rock band from Leeds, known for their unique and sometimes haunting musical style, won the Mercury Prize in 2012 for their debut album An Awesome Wave. They have received their second Mercury nod for their third record Relaxer, released in June. They have been nominated for a Grammy Award and in 2013, their debut effort won the Ivor Novello Awards’ album of the year prize.

Blossoms – Blossoms
Newcomers Blossoms broke into the charts with their debut self-titled album in August 2016, which peaked at number one, and their catchy indie pop single Charlemagne. The Stockport-based five-piece were listed on the BBC’s Sound Of 2016 list, coming in fourth place.

Dinosaur – Together, As One
Dinosaur are a London-based jazz quartet led by acclaimed young trumpeter Laura Jurd. Together, As One made an impact following its release last year and was hailed by critics for its blending of folk, rock and jazz in a modern way.

Ed Sheeran – Divide
Sheeran’s Divide, his third album, has broken records since its release in March having spent 14 non-consecutive weeks at the top of the Official Albums Chart. The singer-songwriter was recognised in the Queen’s Birthday Honours list in June with an MBE for services to charity and music, shortly before he headlined the Glastonbury music festival. This is his first Mercury Prize nomination.

Glass Animals – How To Be A Human Being
Indie rockers Glass Animals have received their first Mercury Prize nomination for their second album, the follow-up to their 2014 debut Zaba. The four-piece Oxford outfit have toured the world and performed at global festivals including Coachella, Glastonbury and Lollapalooza. How To Be A Human Being peaked at number 23 in the charts following its release in August 2016.

J Hus – Common Sense
British rapper Momodou Jallow, better known by his stage name J Hus, broke through with his top 10 single Did You See in March, shortly before he dropped debut album Common Sense, which peaked at number six in the Official Albums Chart. He featured on Stormzy’s debut album on a track with fellow MC Ghetts. He appeared on the BBC Sound Of 2016 longlist.

Kate Tempest – Let Them Eat Chaos
Kate Tempest is an acclaimed spoken word poet, playwright, rapper and novelist. This is the multi-talented London-born artist’s second nomination – her debut record Everybody Down received a nod in 2014. Tempest, who also stood on the judging panel for last year’s Mercury Prize, released her second album Let Them Eat Chaos in October 2016.

Loyle Carner – Yesterday’s Gone
London rapper Loyle Carner, real name Benjamin Gerard Coyle-Larner, was included on the longlist for the BBC’s Sound Of 2016 and has been praised for his emotive and distinctive take on hip-hop. His debut album Yesterday’s Gone was well received by critics when it was released in January, and he is also known for collaborating with Tempest in 2015.

Sampha – Process
Record producer and singer-songwriter Sampha Sisay’s debut record Process peaked at number seven in the Official Albums Chart, and was quickly tipped for Mercury Prize success by critics following its release in February. The London-born artist – whose musical style combines electronic and soul – has collaborated with the likes of Drake, Kanye West, Frank Ocean and Solange.

Stormzy – Gang Signs And Prayer
The Mobo-winning grime artist’s ascent to superstardom over the past 12 months has been one of the biggest of the year, with his debut record Gang Signs And Prayer topping the charts and becoming the first of the genre to reach number one in the UK. The Big For Your Boots hitmaker, real name Michael Ebenazer Kwadjo Omari Owuo Jr, has been widely praised by critics and fans alike, and he was nominated in the British breakthrough act category at the Brit Awards this year.

The xx – I See You
The indie band from London, led by Jamie xx, won the Mercury Prize in 2010 for their critically acclaimed debut album xx. They have received their second chance at glory with their third album I See You, which peaked in the charts at number two this year. The popular group have been nominated for Brit Awards including best British album and best British group.

Disney to cut 7,000 jobs amid plans for ‘significant transformation’ 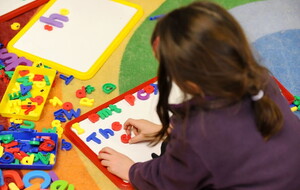