The next Star Wars film will not be changed following the death of actress Carrie Fisher, the boss of Disney has said.

“We’re not changing ‘eight’ to deal with her passing,” he told a University of Southern California conference.

“Her performance, which we’re really pleased with, remains as it was.”

Bob said last year’s spin-off movie Rogue One: A Star Wars Story featured characters which were “digitally created” including one – Peter Cushing – who had died.

“We’re not doing that with Carrie,” he added.

Carrie, who shot to fame as Princess Leia in Star Wars, died aged 60 in December after suffering a heart attack on a flight from London to Los Angeles.

Bob also revealed details of the forthcoming Star Wars spin-off film about a young Han Solo, which will show how the character gets his name, meets Chewbacca and acquires the Millennium Falcon.

“There are a few things that happen that are significant in Han Solo’s life, like acquiring a certain vehicle and meeting a certain Wookiee, that will happen in this film.

“But you’ll also discover how he got his name.”

Actor Alden Ehrenreich is taking on the role of a younger Han Solo – made famous by Harrison Ford in the original trilogy.

Woody Harrelson and Emilia Clarke will also star in the as-yet untitled movie, which is due to be released in May 2018.

Appearing on The Tonight Show this week, Woody revealed his character Beckett is “kind of a criminal and mentor to Han”.

“We’ve got a creative time thinking about what could be another decade and a half of Star Wars stories,” he said.

Star Wars Episode 8: The Last Jedi will be released in December. 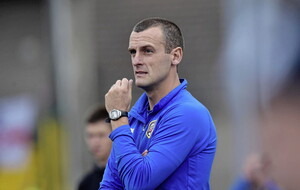