Pine martens are established and successfully breeding in the New Forest in the south of England, conservationists said.

A study of the rare and protected creatures, previously only thought to have survived largely in the north of England, has used hidden cameras to reveal they are well-established in several areas of the New Forest National Park.

Pine martens, a cat-sized member of the weasel family, were once widespread across the UK but numbers fell in the face of persecution and loss of habitat, leaving populations small and fragmented.

It is widely recognised that they had been eradicated in the New Forest, an area of pasture, heathland and woodland on the south coast, and more widely in the south of England, but a number of confirmed sightings prompted a long-term study into their presence.

The second year of the study using methods including hidden cameras has uncovered evidence they are established and breeding in the New Forest, capturing more than 100 video clips of the nocturnal pine martens in 2022.

Some of the clips show young pine martens exploring and playing together, while the videos also confirm initial findings that pine martens use fallen trees and branches to move across the forest floor and cross streams and wet areas.

It is not clear how they have returned, but the most likely case is that a very small number were released unofficially into the area.

The first pine marten was seen in 1993, with slowly but steadily more sightings reported over time, leading experts to believe there was a population in the New Forest.

The study, carried out on the Crown Lands that form the core of the New Forest landscape, is led by Forestry England and Wild New Forest, with support from Hampshire and Isle of Wight Wildlife Trust and a grant from the Love The Forest scheme.

It was launched last year to assess the presence of pine martens in the New Forest, and will map and monitor the growing population, the team behind the scheme said.

Leanne Sargeant, senior ecologist for Forestry England, said: “The progress of pine martens in the New Forest is a real success story.

“It’s our goal to make sure the nation’s forests provide wildlife with places to thrive and expand. Here in the New Forest pine martens are doing just that.

“The survey makes it clear that they are settling in a wide range of areas and successfully breeding.

“We hope that knowing more about their development will help us support these rare creatures and inform reintroduction projects elsewhere.”

Marcus Ward, from specialist conservation consultancy Wild New Forest, said: “It is incredibly rare to actually see a pine marten in the forest, even for someone like me who spends pretty much every day here.

“So, to have again captured so many clips of these amazing animals is incredible.

“This video gives us a unique view into their hidden world and an opportunity to really advance the understanding of these special creatures and how best to support them.”

Forestry England is supporting projects to secure the return of pine martens, and monitoring populations in Kielder Forest in Northumberland, Grizedale Forest in the Lake District and the Forest of Dean, Gloucestershire, where England’s first official reintroduction began in 2019.

In the New Forest, the team hope to combine the video footage with other methods to assess their population, they said. 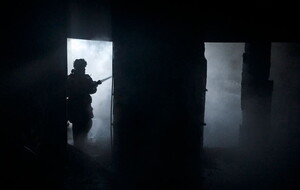 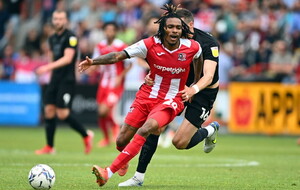