Two grooms have gone viral after sharing pictures of their traditional Hindu wedding on social media.

Amit Shah, a choreographer and founder of an award-winning dance company, married Aditya Madiraju, who works for a risk management company, at an intimate ceremony on July 19 at a temple in New Jersey.

They shared photos of their big day on Instagram, which quickly went viral, with messages flooding in from across the globe.

Although Amit, 32, and Aditya, 31, were officially married at city hall earlier in the year, they said it was important they also have a traditional wedding.

Aditya, who was born in South India but lived in the USA for the last nine years, said: “Having a traditional wedding is something that wasn’t out of ordinary for either of us as we come from pretty traditional and conservative backgrounds.

“Our parents have taught us a lot about religion and how to follow customs. After we got married at City Hall, we knew we wanted something more traditional with our families and friends involved. For us, it didn’t seem complete until we had a chance to conduct the proper Hindu prayers.”

After posting pictures of the ceremony online they had an “overwhelming” response and said they did not realise the impact a simple wedding at a temple would have on people around the world “looking for hope”.

The couple said: “We think people fell in love with the photos because the moments captured by our outstanding photographers, Charmi Pena and Paulo Salud, are so real and seem effortless.

“It was such a big moment in our lives, and the photos capture our feelings to perfection. It might also be because the wedding took place in a Hindu temple, and that hasn’t been seen by the world with same-sex marriages.

“The response has given a whole new meaning to our marriage, and we are excited about the social changes this will help make.”

The couple met at a friend’s party three years ago and said there was an “instant connection”.

“As far as “love at first sight” — we both believe that love is built, not found. I think we’re more in love now than we ever were before, and the journey of learning about one another and growing into one another has been incredible.”

Amit and Aditya said in the last decade India has progressed “tremendously” with LGBTQ rights.

Last September, Section 377 was overturned which banned discrimination on the basis of sexual orientation. 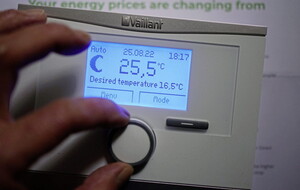