Find out what's on television today with our TV listings guide.

HOMES UNDER THE HAMMER (S)

BBC NEWS AT ONE; Weather (S)

DOCTORS Scarlett finds herself in a spot of bother. (S)

MONEY FOR NOTHING Upcycling hessian sacks, a rug and some wooden furniture. (S)

ESCAPE TO THE COUNTRY Denise Nurse helps a couple find a new home in Cornwall. (S)

POINTLESS Quiz in which contestants try to score the fewest points possible by giving the least obvious correct answers to questions. (S) (R)

MASTERCHEF: THE PROFESSIONALS Four new chefs compete in the final round of heats. In the skills test two of the contestants serve sea bream with Asian-style broth and rice while the other two make beetroot tortellini with a goats cheese. In the signature menu challenge the four chefs have just an hour and a half to present their quality recipes. (S)

NURSES Three new nurses arrive in Derry from Zimbabwe, prompting Jonah to reflect on when she first came to Northern Ireland 21 years ago. Nurse Pamela sees a patient who comes into the Chest Pain Hub for an assessment and Bernice treats a patient with a dislocated shoulder. (S)

Louis Theroux Interviews – Katherine Ryan Louis meets the comedian, Katherine Ryan for a frank and honest conversation about her career, relationships and the changing shape of her family. (S) (R)

Wreck Jamie becomes embroiled with an illicit operation in exchange for new information on his sister. (S) (R)

STRICTLY: IT TAKES TWO Janette Manrara dishes up more backstage gossip and behind-the-scenes action, and takes a look at how the celebrity contestants are shaping up for Saturday at the midweek point. (S)

THE ONE SHOW Alex Jones and Ronan Keating host the weekday magazine, with stories of interest from around the UK and celebrity guests in the studio. (S)

CELEBRITY ANTIQUES ROAD TRIP Loose Women’s Kelle Bryan and Charlene White travel across Essex for another antiques trip. The experts joining them on their shopping spree are auctioneer Catherine Southon and dealer Ochuko Ojiri. From behind the wheel of a classic car, the two teams each set out with £400 to find the most profitable antiques. (S)

THE ICE CREAM WARS Part one of two. In the early 1980s, Glasgow’s gangsters found themselves fighting over an unlikely commodity - ice cream vans and the lucrative routes to be found in each of the city’s sprawling new schemes, such as Easterhouse and Ruchazie, which housed thousands but gave them little access to shops, pubs or facilities. (S)

FIFA WORLD CUP 2022 Germany v Japan (Kick-off 1.00pm). Group E gets under way with this clash at Khalifa International Stadium in Doha, Qatar. Germany are four-time World Cup-winners, making them the joint-second most successful team in the competition’s history alongside Italy and behind Brazil. Their last triumph came in 2014, but they were eliminated in the group stage last time out in 2018, and also disappointed at Euro 2020, when they were eliminated by England in the last 16. (S)

FIFA WORLD CUP 2022 Spain v Costa Rica (Kick-off 4.00pm). All the action from both teams’ opening match of Group E, held at Al Thumama Stadium in Doha, Qatar. Spain finished four points clear of runners-up Sweden in their qualifying group to reach the tournament, and will bid to emulate their sole triumph in 2010. (S)

EMMERDALE Leyla and Liam are heartbroken. Meanwhile, Charity has her suspicions, and it remains to be seen whether Chloe will find out the truth. (S)

CORONATION STREET Sam interrogates Harvey with some awkward questions, Hope finds an enterprising use for the pile of Stape books, and Mary’s new acting style jeopardises her future in the play. (S)

I’M A CELEBRITY GET ME OUT OF HERE! With the numbers in the camp continuing to decrease and the final drawing ever closer, Ant and Dec look at highlights from the past 24 hours as the remaining campmates take on everything that is thrown at them in the hopes of being crowned victorious. (S)

COME DINE WITH ME Carla serves up a vegan foraging feast. (S) (R)

THE SIMPSONS An all-female reboot of Krusty’s show leads Bart to join a group of protesters who commit crimes against the patriarchy. (S)

LOCATION, LOCATION, LOCATION Kirstie Allsopp and Phil Spencer some first-time buyers from Manchester. Robyn and Alice are struggling to decide between a starter flat and classic ‘corrie-style’ redbrick home. Steph and Christopher have been outbid 10 times even though they’ve bid as much as £50,000 over asking price. (S)

GRAND DESIGNS: HOUSE OF THE YEAR Kevin McCloud visits five recently transformed homes that have been shortlisted for the RIBA House of the Year award. A barn renovation in Sussex, a reborn parchment factory in Northamptonshire, an eco-friendly mews house in London, a former cowshed in Dorset and two fused flats in the Kyles of Bute. (S)

The Adventures of Paddington (S) (R)

EGGHEADS Look What I Made from Leicestershire try their luck against the Eggheads. (S) (R)

EGGHEADS The Jolly Boys from Cornwall are made up of friends who all met while working together at their local cinema. (S) (R)

THE GADGET SHOW: BETTER TECH, BETTER LIFE Ortis and Georgie show their guests some impressive glamping tech, and find out if it is possible to learn a language using technology. Elsewhere, Jon takes a look at some huge televisions, and, Harry Wallop tries out an app that might help save money on electricity bills. (S)

ADRIAN DUNBAR: MY IRELAND Adrian Dunbar explores some of his favourite places in his homeland of Ireland. In the first episode, Adrian’s journey starts at a place that holds many memories for him, the highest accessible Seacliff’s in the whole of Europe - Slieve league on the Wild Atlantic way in Co Donegal. (S); 5 News Update (S)

INTO DINOSAUR VALLEY WITH DAN SNOW The presenter travels across America retracing the very first discoveries made by fossil hunters nearly 200 years ago, from Wyoming to the foothills of the Rocky Mountains. He reveals how the first discoveries of the amazing dinosaurs of all time were made, including the T-Rex and Diplodocus. (S)

AMBULANCE: CODE RED In a rush hour collision, a 21-year-old motorcyclist is thrown headfirst from his bike, and an 80-year-old man suffers a cardiac arrest on his driveway. (S) (R)

VICKY A look at health campaigner Vicky Phelan’s exposure of the cervical cancer screening debacle, one of the worst women’s health scandals in Irish history. (S)

A PERFECT PLANET David Attenborough narrates a look at how the uneven distribution of fresh water around the globe has given rise to an diversity of species and habits. (S) (R)

FIFA WORLD CUP LIVE Germany v Japan (Kick-off 1.00pm). Group E gets under way with this clash at Khalifa International Stadium in Doha, Qatar. Germany are four-time World Cup-winners, making them the joint-second most successful team in the competition’s history alongside Italy and behind Brazil. (S)

THE HANDMAID’S TALE June must find a way to keep herself and her family safe from Gilead and its violent supporters in Toronto. Last in the series. (S)

THE YOUNG OFFENDERS Money is getting increasingly tight in the McSweeney household, prompting Conor and Jock to come up with inventive and unsatisfying ways of making food last longer. Determined to help Mairead financially, the lads think about ways they can come up with some extra cash, eventually arriving at an ill-advised plan. (S) (R)

Life After Life Ursula endeavours to adapt to married life with Derek, but a shocking revelation leads to a confrontation with tragic consequences. (S)

I’M A CELEBRITY GET ME OUT OF HERE! Ant and Dec look at highlights from the past 24 hours.

THE GOLDEN GIRLS Dorothy signs up for a comedy spot. (S) (R)

MNÁ NA TALÚN New series. Following four female farmers over the course of a single year, including one who has spent 20 years building up an organic farm in Ballinasloe.

THE SINNER Ambrose discovers the source of Percy’s ritualistic practices and dives deeper into her past. Crime drama, starring Bill Pullman. (S)

SURVIVOR Castaways must decide whether to vote out the big threat or keep playing the game with people they trust. 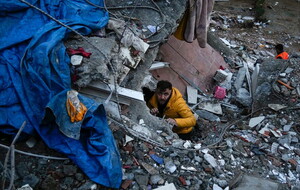 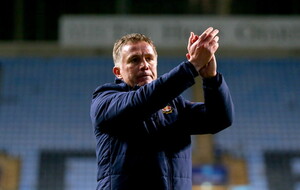