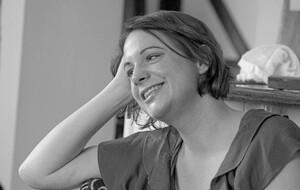 JEN Upton has been responsible for producing and writing for some of the most familiar names in children's TV, including Fireman Sam, Noddy, Dennis the Menace, Paddington and most recently Peppa Pig.

"People who work in children's media know that what we're doing is just the most important thing in the world and will have a huge impact on children, but we also realise that a lot of it is talking pigs and fairies.

"You don't have to be vastly immature to write for kids' TV but it does help," says the Buckinghamshire mum-of-two, whose credits also include Pip and Posy, Milo, Chip and Potato, The Wind in the Willows, Bitz and Bob and Digby Dragon.

From an early age Upton was obsessed with all things Muppets, and as a child dreamed of one day working with their creator, Jim Henson.

"He died when I was about 14 and it really knocked me and made me wonder what I was going to do with my life. But a twist of fate meant I ended up working with Hit Entertainment, making Pingu, Angelina Ballerina, Thomas and Friends and all of those shows.

"I was working for Jocelyn Stevenson, who has been given the Bafta fellowship, because she's such an amazing creative. She worked with Jim Henson on Fraggle Rock - he taught her and she has been an amazing mentor to me."

Upton, like many who worked with her at Hit Entertainment, are still committed to "making children's telly the best it can be" and helping nurture new talent.

"We learnt from Jocelyn and want to do the same thing to those who want to make a difference in children's telly in the future," adds Upton, who this weekend is taking part in the Cinemagic Film Festival.

In a creative workshop for 12-16 year olds, she will be sharing how to come up with new and original story ideas and develop creative writing techniques.

"Peppa Pig is four minutes long and the script is normally about nine pages long, but it's so carefully structured it's like a Haiku poem.

"Scriptwriting is not a magical kind of arc, it is something that you can learn. But what you can't learn is passion, heart and talent," adds Upton, stressing her most important piece of advice for budding children's writers is "be passionate".

"You shouldn't have the mindset that you are going to start in kids' TV and then write for adult TV.

"In many ways kids' TV is a lot harder than any other kind of telly. The audience that you're writing for is so specific, their concentration span is shorter and there are limitations in terms of budget, but the rewards you get in kids' telly are just so amazing.

"The engagement that the audiences have with these shows are unlike any other and the feeling when you walk into a toy shop and see toys from shows you're working on is amazing."

Upton has been working on Peppa Pig for the past two years. She has written 15 episodes so far, with the first of those due to air shortly.

The little snorting pig who loves jumping in muddy puddles has endeared countless young imaginations since it first jumped onto our screens 18 years ago.

"It's amazing to be part of Peppa Pig. Having kids myself and having watched Peppa episodes over and over again made coming to sit down and write it much easier, as I could hear those voices and rhythm so clearly in my head.

"Although the actor who voices Peppa has changed four times, her personality has remained the same. She's always been a very blunt, ingenious and curious, four-year-old," enthuses Upton.

While on some episodes writers are told to include a certain vehicle, location or tackle a specific topic, Upton has a lot of freedom to come up with her own idea for what adventures Peppa Pig and her friends embark upon.

"I come from a quirky village where there are some strange customs and events and so some of my episodes have been inspired by those. But, quite often it's just something that happens on the way home from school.

"For example, this hasn't been turned into an episode yet, but my youngest and I got caught up in a massive hail storm and had to hide under a tree. That's enough of an inspiration for you to wonder if that happened to Peppa, how she would react and what might viewers learn from that experience."

"We were all a bit nervous about the response, but overall the reaction was really positive," says Upton, who admits most of her writing contains elements of "emotional learning".

"Another show that I'm working on, which I just can't name yet, features two dads with a little girl. We did some audience research with the first story which was about how the little girl can make Father's Day special for both of them. Not one kid questioned why the character had two dads, they just accepted it.

"Similarly in Peppa we have Mandy Mouse who is a wheelchair user, and it's not a big deal to children. If they see these things as children, they won't question them as an adult, nor have any prejudice because it's not different or new to them," adds Upton, who says the one occupational hazard about writing kids' TV is that theme tunes have a tendency to get stuck in your head.

:: Writing for Kids' TV with Jen Upton takes place at The Ulster Museum on October 8 at 2pm.

THE 33rd Cinemagic International Film and Television Festival for Young People brings over 200 screenings and events to Belfast over the next two months.

Film previews from all over the world including live action/CGI musical comedy, Lyle, Lyle, Crocodile, sci-fi movie Vesper and the adventure-filled world premiere of Future TX introduced by writers and directors, Tim Clague and Danny Stack.

Festivalgoers will have the chance to experience a thought-provoking world cinema programme that spotlights youth issues and social issues, classic and brand-new family and teen films.

Silent film accompanist, composer and broadcaster Neil Brand, presents a spectacular show on the immortal comedy duo Laurel and Hardy, and leading film critic Mark Kermode will host his 18th Film Night at Cinemagic, with a Q&A and screening of Celine Sciamma's Petite Maman, described as one of the greatest films ever made for children of all ages.

Blue Peter editor, Ellen Evans, will host a Q&A about her job looking after the longest running children's TV show in the world, while a host of talented creatives will offer young people workshops in illustration, directing, producing, acting, animation, writing, presenting and puppetry.

And the ever-popular Tales at Twilight late afternoon screenings at the Ulster Museum brings storytelling and movies together with screenings of The Secret of Kells, Tinker Bell and the Legend of the NeverBeast, Charlotte's Web, The Iron Giant and Song of the Sea introduced by local authors.