Rachael Davis chats to the 15 celebrities preparing to shimmy, shake and samba on to our screens this Friday for the 20th series of Strictly Come Dancing 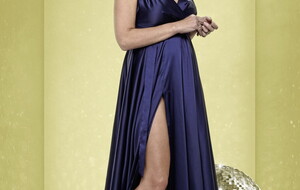 Loose Women's Kaye Adams says she didn't want to turn down the chance of competing on Strictly.

DUST off those mirrorballs, dig out the sequins and shine those dancing shoes: Strictly Come Dancing is back.

The 20th series of the dance competition will, as ever, see a star-studded line-up of contestants take to the floor as they waltz, quickstep, jive and tango their way towards that sought-after Glitterball Trophy.

Competing on Strictly is no small task, whether the celebs are starting off with twinkle toes or two left feet - so why did this year's dancers want to get involved?

"One was on holiday after two Aperol Spritz, and I thought: 'What the hell?' The other was standing in my kitchen and thinking: 'If I'm here at the end of September watching this on telly, will I be thinking: Why did I turn that down?'

Two Pints Of Lager And A Packet of Crisps and Coronation Street's Will Mellor also says he wanted to grab life by the horns and take on the Strictly challenge, and for a very heartwarming reason.

"Losing my dad has changed everything," says the 46-year-old actor, whose father died in 2020.

"He was my hero and my best mate, and it just changes you, it really does. I would easily say no to stuff just because I'd be so worried about what everyone else would think, and then you realise all that's nonsense when you lose someone like that.

"Just thought: I've got to say yes to more things and create memories - that's what life's about, get out of your comfort zone.

"And my mum, it's one of her favourite shows, she's had the worst few years ever so it's nice to do something positive. She can't wait."

"I had a mental breakdown when I was 49 and working too hard in China, and I've just got time now. After my heart procedure - I nearly died when I was 49, my main artery was 99 per cent closed - and the stress of life.

"I just decided to take things a bit easier and get myself on a silly show."

While it hasn't yet been announced who will be dancing with who this series, it has been revealed that former Sunday League footballer and TV and radio personality Richie Anderson will be dancing with a male partner, following in the footsteps of John Whaite and Johannes Radebe who made history in 2021 as the first all-male couple on the show.

"When they called me and offered it to me, they said we want you on the show, and it's up to you whether you dance with a man or a woman - which I thought was amazing," Anderson (34) says.

"I remember watching John and Johannes last year and Nicola and Katya the year before and I thought, when I was growing up as a teenager, figuring out what I am and what I'm not, I wish I would have seen that on prime time television."

The fancy footwork on Strictly is made all the more captivating by the fantastic costumes worn by the dancers, from glittery gowns to twirling tutus, sharp tuxedos to deep V-neck shirts.

It goes without saying that many of the gorgeous outfits are a far cry from what our celebs would wear in everyday life, but that doesn't seem to faze them.

"Anything to get me away from double denim and the market stall," smirks EastEnders actor James Bye (38), who plays Martin Fowler in the soap.

"I'm looking forward to doing the whole Strictly experience. It's all about just jumping in and immersing yourself in the glitter and the sequins and the fake tan. Gotta do it."

"Bring it all on," agrees wildlife cameraman Hamza Yassin (32).

"With all this fabulous mane of mine, if glitter gets in there I'm going to be sparkling for the rest of my life," he smiles, referring to his long dreadlocks.

"I feel sorry for my partner, she's going to have to duck a few times when I spin. But it's part of me, it's who I am.

"Bring on the costumes. I never get to wear these sorts of things, I'm normally in black, grey, brown clothes, hiding away from wildlife," Yassin adds.

"So it's nice to be able to sparkle."

With such a wide range of dances being performed on Strictly, the contestants have to be ready for anything. But some of the celebs have revealed some particular favourites, ones they're really looking forward to learning - and ones that they're really nervous about.

"It's all about the Argentine Tango for me," says comedian Jayde Adams (37).

"It's the best dance on Strictly. I have favourites, I've been watching the show since 2004.

"A favourite one was in 2006 when Mark Ramprakash and Karen Hardy did the Argentine Tango to the James Bond theme and it was the sexiest thing I've ever watched.

"It's my favourite dance, but it'll also be the one I'm worst at. So it's like my Everest."

"I want to do the fast and the fun ones," says TV presenter Helen Skelton (39).

"I like the jives and the jumping about and all that."

"I'd like to do a jive and a Charleston," adds comedian Ellie Taylor (38).

"But we both said that we'd never felt like elegant ladies before so to be in a beautiful dress, doing a lovely foxtrot or something would be lovely."

And finally, we have to ask the question that's on everyone's lips: who do this year's celebs think is their biggest competition for the Glitterball Trophy?

"We came in, no expectations, no concept of how anyone was going to be, and then we watched everyone and we were like: 'Whoa, everyone was on fire'," says 34-year-old musician and radio presenter Fleur East.

James Bye agrees: "Seeing the floor from doing the group dance, everyone can move."

:: Strictly Come Dancing launches on BBC One at 7pm on Friday September 23, with the first live show following on Saturday September 24 at 6.45pm.

TV Quickfire: Nicholas Ralph on new series of All Creatures Great and Small 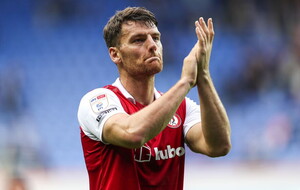