Radio Review: Getting married on the cheap 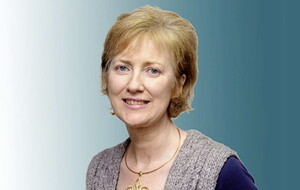 IN a mad world where weddings are getting bigger, blousier and more expensive than ever, writer Nell Frizzell was refreshingly downbeat about getting married on the cheap.

She spoke to Emma Barnett on Woman's Hour about her big day.

Barnett lamented the fate of her own wedding dress. It hangs in a wardrobe “like a body bag”, she sighed.

When Nell tweeted that she spent £4 on the fabric for her dress and £1 on her shoes from a car boot sale, her tweet went viral. If she'd had a penny for every re-tweet, she probably could have gone for Givenchy.

But that's not her style.

Nell was making the dress the day before and her sewing machine malfunctioned. She gave a shout out to her neighbour. It was a case of: “Help! I've got to wear my wedding dress tomorrow!”

The neighbour obliged. No time to waste.

She had been given the flowers for her book launch, so dried them outside her back door and used them for her bouquet.

“It was a sort of jellyfish mum compliment, it seems so soft on top but with a real sting underneath,” laughed Nell.

She looked beautiful – try the website for a picture of her in the £4 dress holding her flowers and her new husband – gorgeous and easy on the pocket too.

What song completely catapults you into summer – Mungo Jerry? Havana? The Beach Boys?

RTÉ's Playback opened with a little treat of a medley of summer songs… reader beware – your choice could carbon date you.

Mungo Jerry whisked me back to a hot summer in the 1970s spent painting window sills very badly while listening to Noel Edmunds' Roadshow.

Over on Liveline, Joe Duffy was interviewing on a familiar topic – Rip Off Ireland.

John Leonard went for a meal in the west of Ireland and paid €10.50 for a bottle of cider.

Turned out it may have been an innocent mistake and he had been charged for champagne cider, but he felt sore.

There was a euro charge for garlic mayonnaise and a mandatory tip of 10 per cent… “shocking” said John.