Sleb Safari: Jennifer Lopez got married after midnight, how does that work? 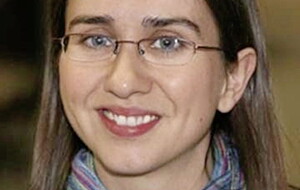 Jennifer Lopez, queen of the high pony, and Ben Affleck, king of Boston, have only gone and gotten married, taking us all by surprise with a Las Vegas elopement, a post-midnight wedding and only two dresses.

Can someone explain to Sleb Safari how a wedding in the early hours of the morning works? What are the logistics? Starting with the most important thing, food. What time do you have dinner? Late? Or early and then snack at around 11pm? And is there time for a nap or do you watch the evening news and wait for a second wind to fill your sails and power you up the aisle?

Also, how did J.Lo manage to wear two wedding dresses to a brief ceremony that wasn’t followed by a 12-hour party? Sleb Safari is less interested in who designed the dresses than in learning when she changed out of one and into the other.

Jennier Lopez in the first of two wedding dresses. Picture from On The J.Lo

These two lovebirds first got together 20 years ago, fell in love, made the critically ashamed Gigli and he put a pink diamond on it. Then, four days before the wedding, they called the whole thing off.

“When we found ourselves seriously contemplating hiring three separate decoy brides at three different locations, we realized that something was awry,” they said at the time.

The bride announced the news in her On the J.Lo email newsletter.

"We did it. Love is beautiful. Love is kind. And it turns out love is patient. Twenty years patient," she wrote.

The wedding was "exactly what we wanted”.

Picture from On The J.Lo

“Last night we flew to Vegas, stood in line for a license with four other couples, all making the same journey to the wedding capital of the world. Behind us two men held hands and held each other. In front of us, a young couple who made the three hour drive from Victorville on their daughter’s second birthday—all of us wanting the same thing— for the world to recognize us as partners and to declare our love to the world through the ancient and nearly universal symbol of marriage."

J.Lo said they rocked up to the white wedding chapel at around midnight and the venue “graciously stayed open late a few minutes” so that, with the help of a Bluetooth speaker, she could walk down the aisle to Here Comes the Bride.

“Stick around long enough and maybe you'll find the best moment of your life in a drive through in Las Vegas at twelve thirty in the morning in the tunnel of love drive through, with your kids and the one you'll spend forever with."

She signed off with: "Love is a great thing, maybe the best of things – and worth waiting for."

She is 100 per cent right of course. Love - romantic, platonic and familial - is the best of things and is to be treasured. Congratulations to the happy couple!

Sleb Safari wants you to have an amazing summer, it really does. One filled with sunshine, picnics, sea swimming and games of rounders that last all afternoon. Of course, in between all that there will be rain, and a bit more rain, so best to have a few TV and book recommendations up your sleeve for precisely those sorts of afternoons. Here are Sleb Safari’s recent favourites which it hopes you enjoy. Do let me know how you get on.

Since I will never write a book and today is the 28th anniversary of True Lies being released I thought I would share this picture. This was three days before my 35th birthday. We were doing the sequence where Helen is in the runaway limousine and Harry is flying above her in the helicopter. Obviously I did a bunch of it on the road but so did my stunt double, Donna Keegan. The stunt itself of course was one of the most spectacular ever done and Donna deserves all of that credit but we did need a shot of me post being pulled out of the limousine over the burning wreckage. In order to get the shot we had to wire me to the helicopter at base camp and then fly for 20 minutes over the water to get to the 7 mile bridge where the wreckage took place. In the photograph is Joel Kramer who doubled Arnold on the skid and that's James Cameron hanging out of the passenger seat with the camera. Chuck Tamburo was the pilot and the only requirement I had for the sequence was that somebody have wire cutters in the helicopter in case they had to ditch over water, so that I could be separated from it. I saw manatees and it was late afternoon and it was a glorious ride on a wire, all thanks to James Cameron and Arnold Schwarzenegger.