These are the staycation city breaks to take this year 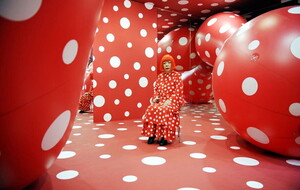 Art exhibitions, historic museums and lively music concerts are all a lure for spending time in cities. But you don't have to hop over into Europe to enjoy a cultural, action-packed weekend. These urban centres in the UK have an excellent programme of events and openings planned for the year ahead.

Celebrating its 650th birthday in 2023, this hip, offbeat city in the southwest has a programme of events planned throughout the year. During the annual International Balloon Fiesta (August 10-13), 100 hot air balloons will fill the sky, while back at sea level, the Harbour Festival (July 14-16) is a maritime spectacle with family-friendly on-water activities. Later in the year, the newly-refurbished Bristol Beacon (formerly known as Colston Hall) will open as a state-of-the-art concert hall, with two international standard performance venues, a restaurant, and its cellars in use for the first time as education and performance spaces.

Stay: Hotel du Vin has rooms from £89 per night (hotelduvin.com). Go to visitbristol.co.uk.

Taking place from February 4-5, York Ice Trail (york360.co.uk) is the biggest outdoor ice trail in the UK, transforming the northern city into a sparkling frozen kingdom. Each year, artists are given a different theme to follow – ranging from dinosaurs and angels, to Vikings and steam trains. Wind through streets discovering the works, stopping at food stalls along the way.

For something twinkly, the Dark Skies Festival on North York Moors National Park will be held from February 10-26, including opportunities for stargazing, astrophotography workshops, ghost walks in Robin Hood's Bay and night navigation experiences.

Stay: GuestHouse No. 1 York (guesthousehotels.co.uk) has rooms from £165.

Not all city breaks feature a backdrop of concrete high rises. Few people realise Scotland's mini metropolis is one of the few urban spaces with a golden sandy beach on its doorstep. Washed by the North Sea, this is also one of the best places in the UK to spot bottlenose dolphins from land. Built using shipping containers and powered by alternative energies, a new not-for-profit eco facility, Greyhope Bay, opened last year overlooking Torry Battery.

If you are hankering after a bit of grit, check out the Nuart street art festival in June (dates still TBC), when walls are transformed into an outdoor gallery.

Stay: The Sandman Signature (sandmansignature.co.uk) has rooms from £60 per night. Go to visitabdn.com.

The course of British history hung in the balance 340 years ago when a ship carrying royalty ran aground off Great Yarmouth and sank on May 6, 1682. Last year's discovery of HMS Gloucester revived interest in the story, and for the first time, artefacts from Norfolk's Mary Rose will be on display at Norwich Castle Museum and Art Gallery (museums.norfolk.gov.uk) as part of The Last Voyage of the Gloucester: Norfolk's Royal Shipwreck 1682 (February 25 to September 10).

Take advantage of the fact Norwich is the only city to be located in a national park, by reserving some time to explore the wider area of The Broads National Park.

Stay: The Assembly House (assemblyhousenorwich.co.uk) has doubles from £170 per night with breakfast.

A cradle for musical talents, this Scouse city is set to score even higher notes when it hosts the Eurovision Song Contest in May (a mantle handed over from last year's winner, Ukraine). Get into the swing of things by attending one of nine shows taking place in the Eurovision Village at the M&S Bank Arena. Starting with semi finals on May 9, culminating with a grand final on May 13, the event also features an afternoon family show of artists' rehearsals. Although tickets are not yet on sale, keep an eye on the official website (eurovision.tv).

Delve into the city's pop past by visiting some of the many Beatles attractions, charting the success of the Fab Four. Download a self-guided walking tour from Free Tours By Foot (freetoursbyfoot.com).

Stay: The Pullman Liverpool (all.accor.com), metres from the M&S Bank Arena, has doubles from £80 with breakfast.

On the music front, meanwhile, Co-op Live (cooplive.com) will feature a whopping 32 bars, restaurants and lounges, along with a ‘smart bowl' acoustic-driven space for 23,500 fans. Hosting 120 events a year, the ambitious venue launches towards the end of the year.

Stay: New Treehouse Hotel Manchester (treehousehotels.com/manchester), sister to the playful London property) will offer rooms from £198 with breakfast, when it opens in the spring.

Snow has fallen but is there still time to save on Europe's ski season?

Is this the world's most affordable city break?