Cases of RSV are rising...

So what are the signs of the respiratory illness, and how can you tell if it's causing serious illness in your child? 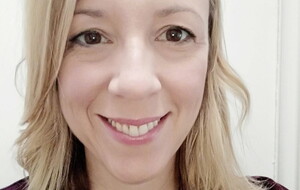 RSV - as 'respiratory syncytial virus' is usually called - is a common childhood infection that usually only causes mild cold-like symptoms in young children, though around three in every 100 will have symptoms severe enough to need hospital treatment

"RSV it is a common virus, and most of the time the symptoms are very mild and can be managed at home," says Radford.

"Like most other colds and viruses, RSV starts with a blocked or runny nose and can progress to cause a cough, fever and sometimes breathing difficulties. The good news is that for most children it will clear in a few days and children can be looked after at home.

"However, some children do develop more severe symptoms. RSV can sometimes lead to bronchiolitis, an infection of the smaller airways in the lungs. Warning signs to look out for in your children include if they are finding it difficult to feed or eat, they are breathing more quickly, they have noisy breathing (wheezing), or seem very tired."

Dr Conall Watson, consultant epidemiologist for the UK Health Security Agency, suggests a rise in hospital admissions is "in line with what we typically see at this time of year", adding: "For children under two, RSV can be severe – particularly for babies and those born prematurely."

The virus is most common in young children – the UKHSA suggests more than 80 per cent of children will have had the virus by their second birthday – but as they get older, children usually develop more immunity to it.

A+LUK says babies under six months old are more likely to develop more severe RSV symptoms, and babies born prematurely, or those with long-term lung conditions, are also at increased risk of developing a serious illness from RSV.

HOW TO PREVENT RSV

Just like other viruses – including Covid – RSV is spread through coughing and sneezing.

Actions like using tissues and handwashing can reduce spread to the most vulnerable. And if you're ill, do not visit babies.

How to feel happier in 10 minutes or less, according to experts

Movember: What men need to know about their family health history