Ask the GP: My gout pills don't seem to be working 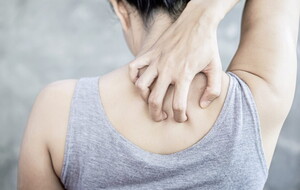 Q: EIGHT YEARS ago I developed a small swelling on my middle toe which was later diagnosed as gout. I've been prescribed allopurinol (100mg daily), but it hasn't helped. I'm a 90-year-old man and don't drink or smoke, but wearing shoes is now uncomfortable. Can you help?

A: GOUT IS A form of arthritis caused by the accumulation of crystals of uric acid in the soft tissues and joints. The big toe is the joint most commonly affected, but it can occur in the feet, hands, wrists, elbows or knees, making them swollen and painful.

Uric acid is a breakdown product of purines and pyrimidines, which are both building blocks of nucleic acids, compounds found in all living cells. Purines are also found in certain foods and drinks, such as alcohol, high-sugar fruit juices, seafood and liver, which is why gout has a reputation as a condition linked to over-indulgence.

However, you don't drink and are in reasonable health. In fact, for many people diet has little to do with the condition; it is simply that the normal mechanisms for ridding the body of this waste product are inadequate, and age, as well genetics, play a major role.

If you experience an acute attack, prompt treatment with an anti-inflammatory will help - typically corticosteroids or non-steroidal anti-inflammatory drugs (NSAIDs) are prescribed. Another option is colchicine (derived from the autumn crocus).

Longer term, the focus should be on reducing uric acid levels in the body to prevent other potential complications, such as acute inflammatory arthritis (which causes severe and excruciating pain), kidney stones and other damage.

For this reason, patients are usually prescribed allopurinol (which you are taking). This works by improving the body's metabolism of purines and pyrimidines.

However, the process is gradual and it can take many months to achieve normal uric acid levels, so it's perhaps not surprising that you haven't seen an improvement after four months.

The usual starting dose is 100mg daily. However, if this isn't effective (it can be determined through blood tests to check uric acid levels), you may be prescribed a 300mg tablet.

Let me reassure you that you are on the correct drug which, as your doctor rightly says, you must take for life.

Furthermore, by lowering uric acid levels, the allopurinol will result in a gradual resolution of the swelling on your toe (called a tophus), which is making wearing shoes uncomfortable.

Q: I HAVE A hard lump under the skin on my back between my shoulder blades. I know it is not cancerous and don't want to go to my hard-pressed GP, but it is bothering me. What is it?

A: I'M SORRY TO hear of the upset the lump on your back is causing you.

As you quite rightly say, this is not a life-threatening problem, yet in my view it requires formal treatment, even if that is a minor surgical procedure.

Benign skin lumps fall into three categories: epidermoid cysts (which contain keratin, the protein that forms hair), pilar cysts (which also contain keratin and arise from hair follicles) and sebaceous cysts. I suspect that you have this third type.

Sebaceous cysts can vary in size from a few millimetres to several centimetres and have a small pore inside them. This pore normally releases sebum, a waxy, oily material, but when it becomes blocked, a painless dome-like lump develops.

The only effective treatment is to surgically remove the capsule of the cyst under local anaesthetic. It should be possible for your GP to refer you for this procedure.

There is no reason for treatment to be abandoned merely because times in the NHS are hard right now.

Worried about your relationship with alcohol? 6 things to do right now

Movember: What men need to know about their family health history

How to feel happier in 10 minutes or less, according to experts