Ask the GP: Will taking HRT help protect my memory? 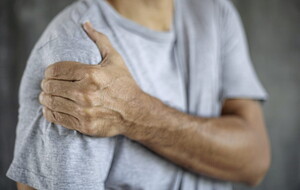 The shoulder is a highly complex structure

Q: I AM 60 and luckily only suffer mild menopause symptoms, but I'm wondering if I should ask my GP for hormone replacement therapy (HRT) to improve my short-term memory and bone density?

A: MEMORY LAPSES are commonly experienced by women in the run-up to the menopause and afterwards. It's thought that's because the hormone oestrogen - levels of which fall dramatically during the menopause - is among those involved in brain function.

However, while HRT can help with many menopausal symptoms (such as hot flushes and night sweats) there is no firm evidence that I am aware of that HRT also prevents memory loss.

What it may do is have an indirect effect by improving the quality of your sleep, as lack of sleep does affect memory.

In terms of bone density, the evidence is more clear. The oestrogen in HRT helps retain bone strength by various mechanisms, including reducing bone loss by slowing the turnover of old bone cells.

Balanced against this is the small, increased risk of breast cancer while you are taking it, from combined HRT (that is, a form that contains oestrogen and progestogen), which is prescribed to women who still have a womb (women who have had a hysterectomy get oestrogen-only HRT).

There is a very slight increase in the risk of a stroke from taking HRT tablets specifically, but the stroke risk for women under 60 is very low to begin with.

I suggest talking to your doctor about the possibility of a trial period so you can make an assessment about whether HRT helps you in the way you hope.

Q: FOR OVER two years I have suffered from severe pain in my right shoulder. At its worst, the pain transmits down my arm to the elbow. Physiotherapy has not helped and the pain greatly increases if I lean back in a chair, or if I'm lying on my back in bed.

A: THE SHOULDER is a highly complex structure. It consists of two joints: the acromioclavicular joint where the shoulder blade and the collarbone meet, and the glenohumeral joint where the ball and the socket meet.

Also, the nerves that supply the arm travel close to the shoulder joint - so that trying to pin down the true source of pain in that area can be complicated.

In your longer letter you say frozen shoulder has been suggested as a possible diagnosis; here, inflammation and adhesions or scar-like tissue form around the joint, causing stiffness as the dominant feature - yet you mention only pain.

You've also been told it could be a disorder of the rotator cuff - the system of muscles and tendons around the joint. However, the symptoms here would typically include dull pain, particularly when sleeping on the affected side, along with jabs of pain with certain movements (such as raising your arm to place your hand behind your head).

As the pain you have sometimes radiates down the upper arm I wonder if the cause lies instead with the cervical spine in the neck - rather than the shoulder.

A network of nerves that supplies the arm and hands exits the spinal cord in the neck and runs very close to the shoulder joint.

Any degeneration in the cervical spine, for example due to osteoarthritis, can lead to the nerve roots being trapped or irritated, causing pain - which is often felt in the shoulder, arm or hand. The fact that your pain increases with some changes of posture would point to this as a possible cause.

The best way to diagnose this accurately is to have an MRI, as this shows soft tissue, including the critical nerves that might be triggering the pain. I'd discuss your symptoms with your doctor who may refer you to an orthopaedic consultant.

Ask the Dentist: What is 'mewing' and does it work?

Has heartburn pill given to millions harmed patients?