A strict ban or a little alcohol at home: How should parents teach their teen to drink responsibly? 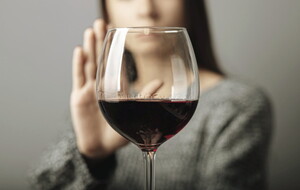 Children learn from those they live with, so parents have a vital role in teaching responsible drinking behaviour.

AS children get older and start showing an interest in 'grown-up' pursuits like drinking alcohol, it can be hard for parents to know where to draw the line.

Do they try to ban their kids from drinking alcohol until they're 18, or follow the more relaxed European approach and maybe let them have a little wine mixed with water at first, before eventually allowing the odd glass of wine at dinner?

It's an approach favoured by increasing numbers of parents - indeed, new NHS figures suggest that while similar numbers of 11-15 year-olds had drunk alcohol in 2021 compared to 2018, more children than ever in the age group are drinking alcohol at home with their parents.

Yet official guidance states it's healthiest and best for children to drink no alcohol at all before they're 18. The alcohol harm-reduction charity Drinkaware (drinkaware.co.uk) warns that alcohol can have serious effects on developing brains and bodies, and points out that children and young people are also at increased risk of acute alcohol poisoning.

"Drinking regularly during childhood and young adulthood can cause permanent brain and liver damage to these developing organs. Drinkaware supports the Chief Medical Officers' advice that an alcohol-free childhood is the best option for the health and wellbeing of young people and children."

But the reality is there will always be some young people who drink before they're 18, either with or without their parents' knowledge, and Nuno Albuquerque, consultant treatment lead for alcohol specialists at the UK Addiction Treatment Group (ukat.co.uk), says: "Experimenting with alcohol is part of growing up for some 11-15 year olds, especially if they live with parents who don't hide or condone their own drinking habits.

"Children learn from those they live with, so we'd hope that parents - those who are either willingly or reluctantly allowing their children to drink at home - do so by encouraging responsible drinking.

"There's a proven, greater risk of a child that's drinking at such a young age to develop an alcohol addiction in later life, so it's essential parents ensure the child understands the dangers of alcohol now, before it's too late."

But what's the best way to make sure children and young people drink responsibly if they do want to drink? Here's the expert advice...

1. TALK TO THEM EARLY

Don't just discuss responsible drinking with your child after they first come home drunk - do it a long time before there's a chance of that happening.

"Have the conversation often and early," advises Bonus. "Start conversations about alcohol before your child becomes a teenager, but that shouldn't be the only time to discuss alcohol. The conversation will need to change and evolve as they get older to incorporate new life experiences."

Albuquerque suggests talking about the different types of alcoholic drinks available, the percentage of alcohol in them, and the NHS-advised weekly alcohol unit advice, and adds: "Be honest with your child about the legality around underage drinking, and discuss boundaries and expectations when it comes to drinking alcohol at home and outside."

Check out Drinkaware's advice or the Alcohol Education Trust and Family Lives Family Lives for suggestions on how to talk about alcohol with your child.

"Your children will always be watching you, so if you regularly binge-drink, they'll think this is OK as well," warns Albuquerque. "Instead, portray healthy drinking habits in line with NHS guidance."

Bonus stresses that ground rules and consistency are key, and suggests: "Talk to other parents or caregivers about their rules, and let your kids know your stance on alcohol and why these boundaries need to be respected, even if they don't align with theirs."

4. GIVE THEM THE CONFIDENCE TO SAY NO IF THEY WANT

Peer pressure is tough for young people to withstand, and Bonus says parents need to help kids have the strength to stand up to pressure from their friends to drink. "Normalising not drinking and not wanting to drink at home is a helpful step in reassuring young people that they don't have to drink even if their peers are," she says.

Young people may see adults drinking alcohol on TV and in advertising and possibly think it's something to aspire to, so parents need to discuss this with their kids. "Quash the stereotype that alcohol is glamorous and that 'everyone's doing it'," advises Albuquerque, "and explain how media and advertising portrayals of alcohol are often misleading and false."

6. HELP THEM HAVE ALCOHOL-FREE FUN

Maybe let your child have a booze-free party - Bonus says the Alcohol Education Trust has helpful tips on how to hold a great alcohol-free teen party, as well as preparing for house parties at friends' houses.

7. SUGGEST OTHER WAYS TO COPE WITH STRESS

Albuquerque says it's important not to let children develop an early association between stress management and alcohol as a coping mechanism.

"If you showcase other, healthy alternatives for coping with difficult life situations, like exercising, talking, artistic expression etc, then your child will learn to cope in these ways instead," he explains.

If your child gets drunk - the NHS survey found 8 per cent of 11-15-year-olds had been drunk in the last four weeks - Bonus advises: "First and foremost, make sure they're safe. And when they're sober, talk to them about the risks."

Singer-songwriter and undefeated swingball champion Dani Larkin: I have become sensitive to the world around me; perhaps, we all have