BEER styles are a bit like boxing divisions. Once you had a handful of weights and one belt for each. Now there's an endless number of weight divisions within divisions and about four or five different governing bodies handing out an increasing array of belts.

But, for all that, whenever you see you proper dust-up between two fighters at the top of their game, then you forget about all that nonsense.

It's the same with beer. There is an ever-growing number of styles and sub-styles and we can quite easily get caught up in how to describe a beer rather than talking about how it actually tastes.

And it's not just the endless types of IPA that are out there; old world styles are somewhat subjective too.

That's what came to mind when I enjoyed Geuze Lambic from Belgian brewers Mort Subite recently. Now, I've had Lambics before and I've had Geuze before, but what is a Geuze Lambic? On closer inspection, it turns out that Gueze is a style of Lambic, in the same way say, a Kriek, is. Still with me?

Anyway, a Lambic beer relies on wild fermentation but flavours and sub-styles can vary. A Geuze refers to the blend of different batches of Lambic beer (because, let's face it, all that spontaneous fermentation isn't going to give you much consistency).

And so the offering from Mort Subite. It's a 4.5 per cent Geuze Lambic, which essentially means it's the product of some skilful blending between wildly inconsistent wildly fermented lambics.

Because of this fermentation method, lambics can swing between fruity and sour.

The Mort Subite Geuze Lambic definitely tends much more towards the former, although there is a subtle sourness pushing through at times.

The prevailing fruity profile is of apple, which means you get some nice juicy sweetness before a little sour finish with minimal bitterness and dry finish.

ONE of Belfast's most iconic pubs is now serving some of the city's best beer as well as popular and well-known brews from beyond.

The John Hewitt on Belfast's Donegall Street will now be operated by the Boundary Brewing Co-op, giving Belfast drinkers the chance to sample the brewery's fresh beer on tap.

There will be 16 taps in total, eight dispensing Boundary Beer, two rotating tap and one permanent tap each serving beer from Irish and British brewers Kinnegar, Galway Bay, Whiplash, Cloudwater, Verdant and Deya, so you are sure to find something delicious to wet your whistle.

Eating Out: Umi is oh so yummy 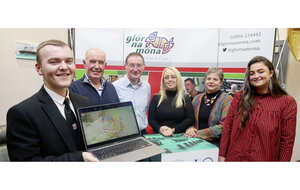