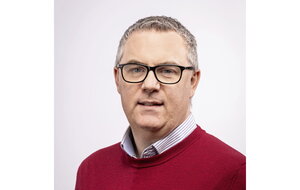 Many aren't really waiting for their 'big break'. Home brewing is reward in itself and it has even carved out its own sub-scene within the local beer community, but for some it is the starting point for bigger things.

Of course, almost every micro brewery around started off by throwing together some concoction on their kitchen's stove top. Learning the craft and practice is the perfect grounding for taking your brews to the commercial stage.

Get Er Brewed responded to the demand in this part of the world by setting up a homebrewing supplies in 2013. Based in Randalstown, Co Antrim, they conduct a fair chunk of their business online, selling everything from homebrew ingredients like grain and hops to large equipment if you want to take things a bit further.

In fact, the website itself is a rich resource for everyone from the casual home brewer to the those looking to find their own foothold in the market. They offer advice and guidance for those looking to start up their own microbrewery and encourage users to build their own beer recipes.

Of course, as they help brewers take steps forward, they too have expanded into selling beer from local producers. It's a logical progression from selling ingredients and equipment to selling actual beer and so Get Er Poured was born.

Their fervent support for local brewing is behind this drive to showcase their products and, as they say on their website, "Working within this industry allows us to meet fantastic people, we want to highlight their stories and show their passion for the products that we are honoured to bring to you."

Selling beer has led to the establishment of Our Brewery and I was lucky enough to try one of their beers this week.

Once In A Lifetime is a 5 per cent oatmeal stout which pours a jet black colour in the glass with a light tan head.

It fires off aromas of burnt toast and coffee but there are sweet flavours of toffee and dark fruits on the palate to balance out the bitterness of some of the roasted flavours.

The oatmeal gives it a lovely smooth mouthfeel and it's a beautifully balanced beer.