The best healthy snacks teens will actually want to eat

The ultra-processed foods favoured by many teens may be a 'gateway' to further unhealthy eating, writes Prudence Wade. If fruit and veg doesn't whet your teen's appetite, here are some other positive options to try... 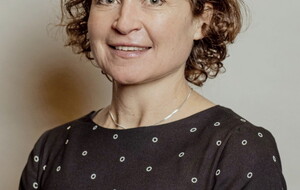 IT can be tough to get teenagers to eat healthily, but reaching for ultra-processed alternatives could be a slippery slope.

New research suggests sweets, pastries and desserts could be 'gateway' foods for teens, leading them to eat higher quantities of other unhealthy foods.

The study - presented at the American Heart Association's Hypertension Scientific Sessions in San Diego - was led by Maria Balhara, a 16-year-old student at Broward College in Davie, Florida, who says: "Ultra-processed foods are designed to be hyper-palatable, or engineered to be as addictive as possible.

"They're also cheap and convenient, which makes them hard to resist. Most people are eating too many of these foods without realising it."

Balhara gathered data on how frequently 315 teens consumed 12 types of ultra-processed foods (including chips, chocolate and white bread) over a period of eight weeks, along with their estimated consumption of the same foods in 2019 (before the pandemic).

"The good news is that even small changes, such as reducing how often you eat a few gateway foods, may reduce overall consumption of unhealthy foods and have a big impact on your overall health," says Balhara.

"Teens need to eat regularly to keep blood sugar levels stable and to keep concentration and mood up. They are not only studying, playing sport - or PlayStation - but growing too, and this requires regular energy."

Helena Gibson-Moore, nutrition scientist at the British Nutrition Foundation (nutrition.org.uk), agrees, saying: "If teenagers are hungry between meals, then healthy snacks can form part of a healthy, balanced diet, and can be a useful way for teenagers to get essential nutrients like protein, fibre, and vitamins and minerals they need for good health."

For both, it's all about what you snack on. Shilland says: "Protein and fibre-rich carbs are best to include, as they've been shown to keep you fuller and more satisfied for longer."

That doesn't mean you should ban teens from having the odd treat, though, Shilland adds: "It is also important not to make teens feel guilty if it is more of a biscuit kind of day. We all have them, and showing disapproval or making them feel guilty about what they are eating generally leads to less positive behaviours around food."

Snacking on fruit and veg is always a good idea, but if that doesn't exactly set your teen's world alight, here are some other options to try...

Gibson-Moore recommends having a small handful of unsalted mixed nuts or seeds, as they "provide protein, fibre and healthy fats".

Buying nuts from the supermarket can add up, so why not bulk-buy different varieties online to save some money? You could even make your own mixes of nuts and seeds - perfect for on-the-go snacking.

COTTAGE CHEESE - BUT NOT AS YOU KNOW IT

Cottage cheese might not sound like the world's most appealing snack, but it's all about what you do with it. Shilland's on a mission "to make cottage cheese more appealing", saying: "Mixed with edamame/peas/spring onion and avocado and chilli flakes, or topped with cherry tomatoes and dukkha spice is amazing."

It's the perfect snack, because it's "high protein and fibre rich", keeping you "full for ages", she says.

A crowd-pleaser of a snack, Gibson-Moore suggests upping the healthiness of this one by using "wholemeal pitta bread with reduced-fat hummus", which is a good source of fibre.

If you really want your teen to up their fibre intake, Gibson-Moore is also a big fan of having a slice of malt loaf, calling it "a tasty fibre provider".

A handy and relatively low-cost thing to have in your cupboard, Shilland recommends topping yours with peanut butter and avocado for a snack that is "both nutrient-rich and filling".

Gibson-Moore calls low-fat and lower-sugar yoghurts "a good source of calcium, which is needed for the maintenance of normal bones and teeth". She continues: "Add seeds and fruit for an extra nutrient boost."

While you might want to steer clear of ultra-processed white bread, that doesn't mean sandwiches are off the table. You could use wholemeal varieties or wraps, and Shilland suggests adding "lean protein and some colour, e.g. chicken salad sandwich, wrap with falafel, hummus and salad.

"You [could] split the sandwich in two - one half in the morning, the other later in the day."

The best healthy snacks teens will actually want to eat