The light and darkness at the heart of the Christmas story

Christians should focus on scrutinising the meaning and credibility of the Christmas story rather than arguing whether it has become too 'secular' and commercialised, says Fr Martin Henry 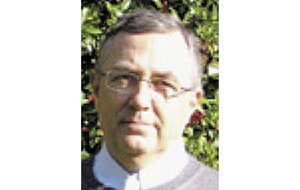 IN the Christmas season the truth of the incarnation, manifest in the birth of the saviour, Jesus Christ, around 2,000 years ago, takes centre stage - at least theoretically.

The claim, in short, that God became man and was born in Bethlehem about two millennia ago is the religious or theological centre of Christmas.

It is of course possible to contest this assertion, and to claim, as many do, that the actual centre stage of Christmas now belongs to Mammon.

The debate, however, pitting the 'religious' against the 'secular' definition of Christmas, while no doubt legitimate, may in the end be fairly pointless and arid. For if both sides cling relentlessly to their set positions, the final result will in all likelihood be only a strengthening of wills rather than a sharpening of wits.

"Out of the quarrel with others we make rhetoric; out of the quarrel with ourselves we make poetry," runs a well-known contention by W. B. Yeats (1865-1939). This view might indicate that, where Christmas is concerned, it could be more profitable for those within the Christian fold to scrutinise the meaning of Christmas, not from the point of view of rebutting those who see it as a triumph of commercialism, but from the point of view of wondering how credible its claims truly are.

If we listen carefully to, or read, the opening words of St John's Gospel, we might find some kind of an answer to this awkward question. For what St John claims is that Christ is the light of the world, a light shining in the darkness, a light that darkness could not overpower.

But we might probe further and ask: "Why is this so? Why can't the darkness just be expelled definitively by Christ?" And the answer to this question must presumably be connected with the fact that human beings will have to make some contribution towards their salvation; they will have to cooperate, in other words, with God's grace in the work of redemption.

God was able to bring us into existence without any contribution on our part, but - as St Augustine (354-430) argued - he cannot redeem us without our cooperation, whether this cooperation comes from the good we do here on earth or the suffering we have to endure in the struggle against the darkness both within ourselves and in the world about us.

This is, as intimated, a very old Christian idea, and it seems to be a reflection or an echo of, or at least to be connected with, the bigger and deeper truth that God was able to create the world out of nothing, but to redeem the world, he had to sacrifice his only Son, Jesus Christ, as St John of the Cross (1542-1591) was to express it.

These are great mysteries of faith which we can only ever scratch the surface of in this life. We cannot get to the centre or the heart of Christianity with our understanding alone.

But in faith and hope we can move through this world, often described in Christian tradition as a vale of tears, with its mixture of light and darkness, towards our final goal in the kingdom of heaven, and be always guided by the belief that no darkness will ever be strong enough to destroy the light that Christ gave to the world 2,000 years ago.

During the Christmas season the Church places before our minds once again the profound mysteries of the Christian faith contained in the incarnation, when the Word became flesh, when the Son of God became man, became one of us, so that we, in some incomprehensible way, could become God, could become sharers in the divine nature.

Christmas, in other words, reminds us of the ultimate reason why we can believe that this world is fundamentally good (as is claimed early on in the Bible at Genesis 1:31) and that it is good to have been born.

And this reason is that we believe we have been created in God's image and redeemed by the incarnation and sacrifice of his Son, Jesus Christ, for the purpose of sharing in God's life for ever.

Curiously, perhaps even Mammon's Christmas is a kind of worldly homage that the human desire for life and light pays to Christianity's claim of light's final superiority over darkness.

The light and darkness at the heart of the Christmas story

Experience the Holy Land this Christmas...