THE Presbyterian General Assembly opened in Belfast last night, with the decision-making gathering of lay people and clergy restored to its traditional June slot for the first time since 2019.

The Assembly sits until Saturday, with 26 items of business to consider from 12 councils and commissions and various panels and task groups.

Rev Trevor Gribben, Clerk of the General Assembly, said there were more than 70 resolutions to be decided.

"Some of that business does reflect the recent times that we have lived through," said Mr Gribben.

"We all recognise that Covid-19 it still around and many people are still feeling its effects and grieving personal loss.

"It continues to cast a long shadow and is at the heart of some substantial pieces of work that will come before us."

Resolutions include asking the General Assembly to "express its deep regret at the continued and unhelpful undermining of the devolution settlement by the Secretary of State for Northern Ireland", in reference to Brandon Lewis's self-given power "to direct Northern Ireland Executive Ministers and Departments on matters including, but which stretch beyond the provision of abortion services, to education and other areas".

Another resolution expresses concern about "the significant and rapid increases in the cost of living across Ireland", asking the governments "to not only find ways to mitigate the immediate crisis, but also prioritise the development of anti-poverty strategies in each jurisdiction that begin to tackle the root causes of endemic poverty on the island".

The British government's legislation on the legacy of the Troubles and the NI Protocol will also be debated. 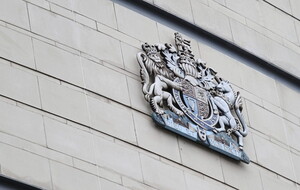